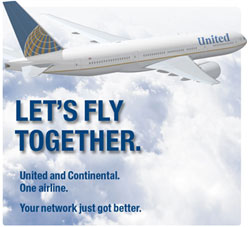 So what network carrier do you get when you merge the Continental brand with United’s? The answer, it seems, is Continental’s livery, logo and colours but with United’s name. According to the ‘Transaction Fact Sheet’ explaining the merger, the two Star Alliance member airlines offer ‘complementary route networks with minimal domestic overlap and no international route overlaps’. In 2009, the two airlines combined carried over 144 million passengers on a mainline fleet of almost 700 aircraft, between 370 airports in 59 countries, with both airlines achieving a passenger load factor of over 81%.

The new airline will have eight major bases spread right across the US from Los Angeles and San Francisco on the West Coast to New York and Washington on the East Coast via Denver, Houston, Chicago and Cleveland. Of these, Cleveland is the smallest. 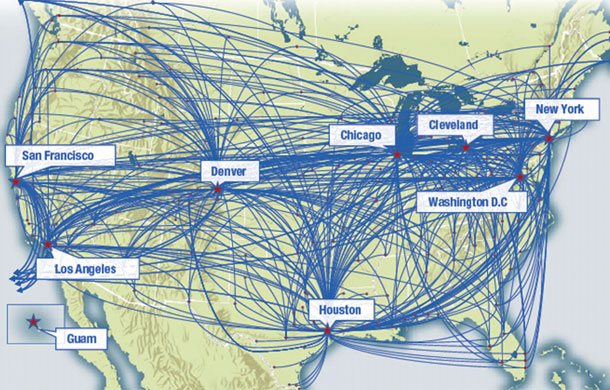 Strong global network; more US-EU flights than any other airline

The new carrier will have a strong presence in all the major international markets with the exception of Africa, where US carriers in general have a fairly minimal presence.

According to schedule data for this summer, the new airline would offer over 500 weekly departures from the US to Europe, just inching ahead of Delta. Delta, however, offers slightly more capacity and 63 airport-pairs compared with United’s 53. 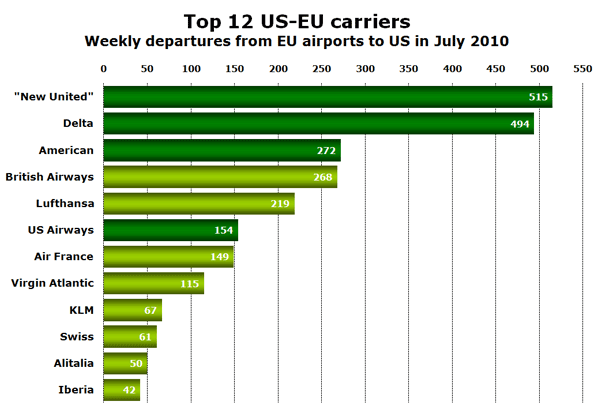 The new United will serve Europe non-stop from Chicago O’Hare (seven destinations), Denver (one), Houston (four), Los Angeles (one), Newark (27), San Francisco (two) and Washington Dulles (11). The 53 routes will serve 28 airports in Europe (Delta serves 31) in 15 countries. Four routes are served with at least three daily flights. Three of these are to London Heathrow (from Chicago, Newark and Washington) with the other route being from Washington to Frankfurt. Before the end of this year, the Continental route between Newark and Heathrow is scheduled to increase to five daily flights.

Twice as many flights as Delta to Asia

A similar analysis of non-stop flights between the US and Asia shows that the new airline is by far the biggest single carrier with twice as many flights as its nearest rival, Delta. Of United’s 27 non-stop routes to Asia, 23 are served at least daily. Nine countries are served non-stop with Japan (70 daily departures) and China (49 daily departures) accounting for nearly two-thirds of all flights. 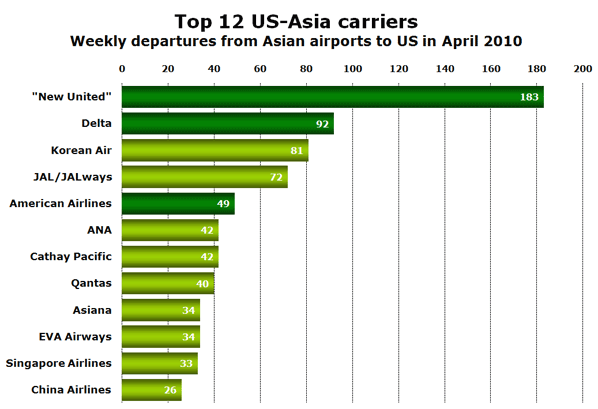 Delhi, Hong Kong, Mumbai, Seoul and Sydney are other major Asian cities served by the new airline as it looks to develop its global presence further.