There has been wide-scale celebration among winning airlines and airports following the award of the first anna.aero €URO ANNIES – a brand new series of network development-related prizes entirely based on science, statistics and evidence, rather than merely opinions (and votes).

Altogether, six airport awards were made based on successes in total passenger traffic data for 2009 (compared with 2008) plus another four awards based on OAG schedule data for August 2010. We also made three airline awards wholly based on comparison of schedule data for August 2010 and August 2009. The use of a mix of published traffic statistics and OAG schedule data produced an entirely transparent way of rewarding airlines and airports that have achieved notable route and traffic-related success during the last year.

Celebration was widespread, led by an incredible two-day party thrown by Airport Weeze. And naturally, as with any celebration related to anna.aero, we’re proud to be associated with all the extra cakes that were featured. 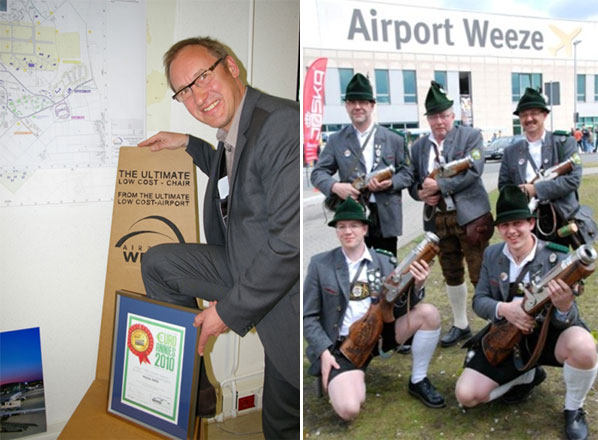 Ludger van Bebber, Airport Weeze Managing Director, told us he was “extremely surprised” about the award: “We see the €URO ANNIE as the Oscar for airports! Because of that, we are extremely grateful for this award – it is an incentive for us to put even more effort into our growth!” 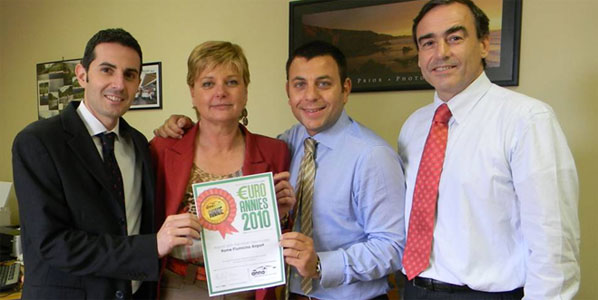 “Hi anna.aero! The ADR Airport Marketing Team thanks you so much for positively certifying our efforts in building up an always-wider network out of Rome FCO. While the economy is still fragile, we’re 100%-focused on assisting airlines in finding out that Rome is the best place to develop and deploy more capacity. Our constant and friendly approach, competitive environment – both in terms of airport charges and liberalised handling services – as well as the amazing draw of the ‘Eternal City’ are some of the key factors of our success! Thanks for supporting us – and looking forward to welcoming anna.aero in Rome. Ciao!” 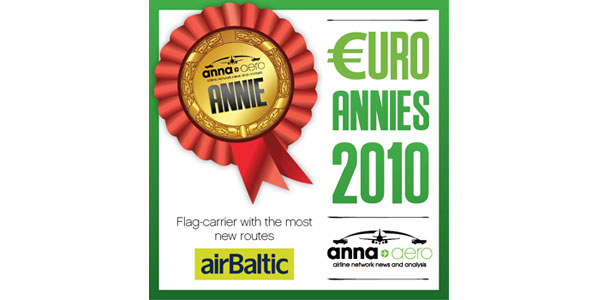 Tero Taskila, Chief Commercial Officer of airBaltic: "airBaltic has grown to be the biggest airline in the Nordic countries by the number of destinations served. We have worked hard to grow our network and transition has led to several international awards and a profitable 2009. We have created the biggest network in Northern Europe with punctual service, low fares and a good product."

Perfect 10 secures Belgrade “Airport with the most new carriers” 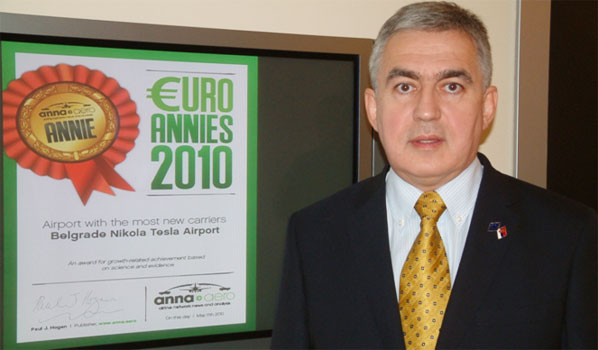 Prof Dr Velimir Radosavljevic, Belgrade Nikola Tesla Airport Director General, with the anna.aero €URO ANNIE 2010 Prize for the “Airport with the most new carriers”. 10 different newcomer airlines are starting services to the Serbian capital in the space of just six months.

“Analysing the market we have recognised the carriers’ needs and that’s why we probably became the most attractive,” explained Dr Radosavljevic to anna.aero. “The €URO ANNIE, which is based on real statistics, came as a great delight, but the real rewards are the increasing number of satisfied passengers and the announcements of the new carriers. We consider this prize as marking considerable success by Belgrade Nikola Tesla Airport and the air-traffic authorities of Serbia – and it also shows what can be achieved by visa liberalisation and the opening of Serbia towards Europe in all aspects.”

Talking to anna.aero, Andrew Pyne, Avianova CEO, said: “We are delighted to receive this award. Developing a true low cost airline in Russia has been a challenging task, but we feel that we are now making a significant contribution to Russia’s aviation development. As far as future plans are concerned – the sky’s the limit! We have big plans and lots of new ideas: and we are confident that this market will continue to respond positively.” (Watch out for anna.aero’s coverage of Avianova, which we expect to be following very closely in coming weeks.) 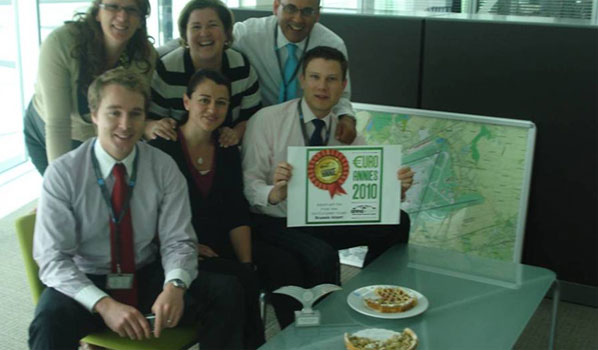 Léon Verhallen, Head of Airline Business Development, and his team had a lot to celebrate yesterday and combined festivities for Brussels Airport’s €URO ANNIE with AnadoluJet’s Ankara route launch.

“We are very happy that we now have a triple: airline appreciation, the way we work and the results.

2. The Routes Award Western Europe, based on a business case, facts and some creativity, as judged by Routes

3. And now the €URO ANNIE for Most new non-European routes!” 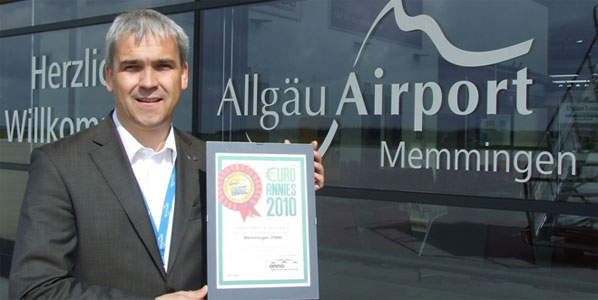 Ralf Schmid, Managing Director, Allgäu Airport/Memmingen/Munich West: “Many thanks for the great honour of winning our Airport Traffic Growth Award. The prize proves that we are a still-young airport on the right track and it gives us great courage to tread the path further. In addition to strong passenger traffic growth, we were able to close fiscal 2009 with a positive EBIT. In terms of the airline development section, we are currently focusing on expanding our German connections. After Air Berlin very quickly and surprisingly removed its Memmingen routes to Hamburg and Cologne/Bonn, we are making considerable efforts to find another airline interested in providing these scheduled connections to Hamburg and North Rhine-Westphalia (Cologne/Bonn or Düsseldorf) – I can promise exciting news of this very soon.” 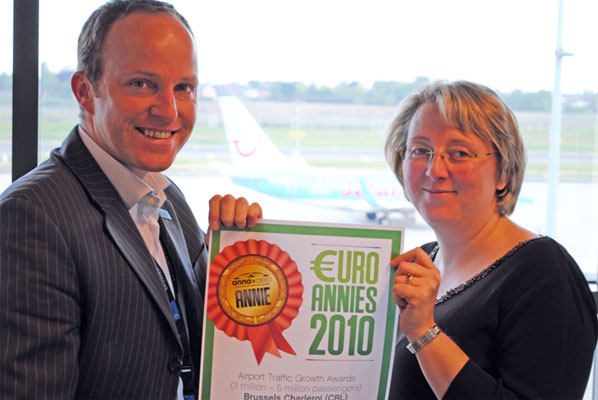 Brussels South Charleroi Airport’s Commercial Director Aviation, David Gering, and Ingrid Tahon, Aviation Executive. "We are delighted with our €URO ANNIE PRIZE and would like to thank our client airlines for helping us make it happen!"

Ryanair’s first industry prize in the 21st Century – the last award claimed by Ryanair was for “Best Value Airline” by consumer magazine Which? in 1999. We did ask Ryanair’s Michael O’Leary for a comment on winning his €URO ANNIE for the “Airline with the most new routes” – and he did indeed efficiently give us a reaction, but due to the family-orientation of much of the content of anna.aero, we have decided not to publish it today.