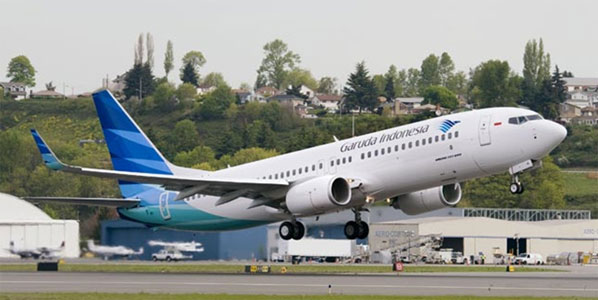 Garuda’s comeback: The Indonesian flag carrier, which until recently was banned from European airspace, is soon returning to Amsterdam. The new era for the airline involves a major fleet renewal, with its entire short-haul fleet to consist of 737-800s. The airline’s 75th aircraft was this winglet-equipped aircraft, here seen taking off from the Boeing factory, en-route to its new home in Indonesia.

From the record delivery month March, both of the two major aircraft manufacturers slowed down their deliveries in April considerably. At 75 aircraft combined for both companies, the delivery figure is lower than during April in the last two years.

Although Airbus has taken a firm lead so far this year, Boeing did report one more delivered aircraft in April than its European competitor, resulting in a year to date figure of 158 Airbus aircraft to 146 Boeings. 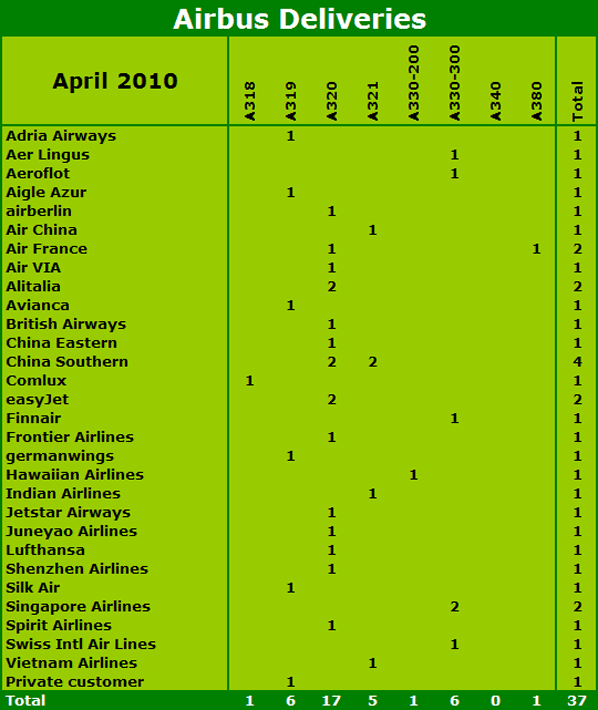 Hawaiian Airlines’ delivered A330-200 is the first Airbus aircraft for the airline, which has orders for a further nine of the same type and six A350s.

For Adria Airways, April also brought a first. Although already an Airbus customer, it took its first A319 in April. This is part of the airline’s strategy of downsizing its aircraft, having divested its larger A320s.

Comlux Aviation, the charter airline that was launch customer for the A318 Elite, the executive version of the smallest sibling in the A320 family, now has had its third and final ordered aircraft delivered.

The largest delivery was to China Southern, which received four aircraft in total; two A320s and equally many A321s.

Singapore Airlines lead the widebody deliveries with its two A330-300s, while Air France received the month’s only A380. 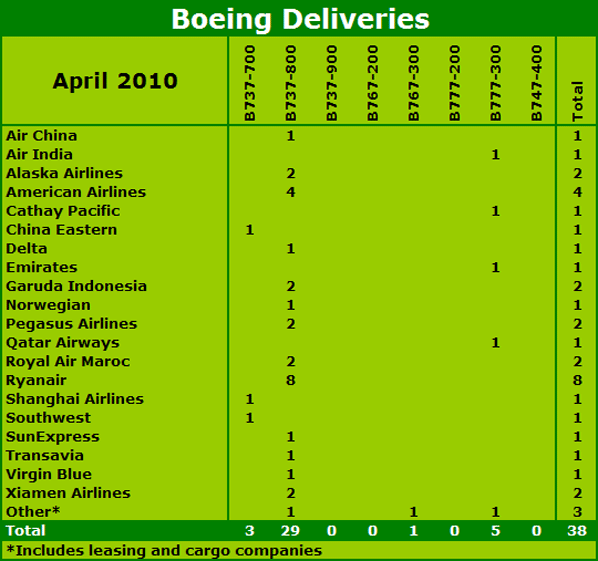 China Eastern was the airline to have aircraft delivered from both Airbus and Boeing in April, receiving both manufacturers’ narrow-bodies.

More than three quarters of Boeing’s deliveries were 737-800s, which were lead by Ryanair’s staggering eight delivered aircraft and American Airlines’ four of the type. No airline took delivery of more than one aircraft of any other type than the B738 during April.

Except for a freighter 767, all widebody Boeings delivered were 777-300s, which found new homes with five different airlines. The four specified airlines are all to be found in Asia.