Beijing Capital Airlines was launched on May 3 in a lavish ceremony within the Forbidden City hosted by major national TV celebrities, Tao Zhou and Gang Wang. The new carrier, led by led CEO Yi Liu (also pictured), is centred on a re-named Deer Air, part of the Hainan Airline Group, with added new investment from the city authorities. 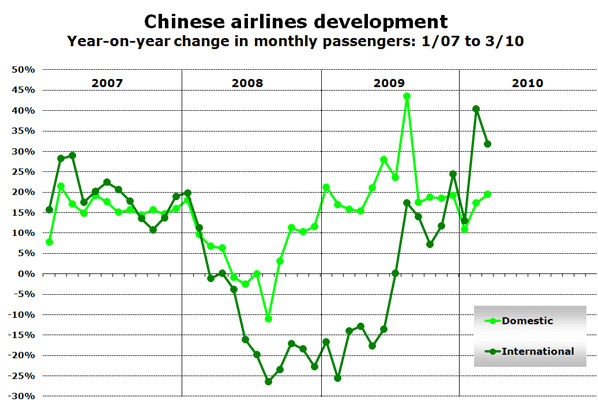 Load factors have also risen with the CAAC reporting that average load factors in March were above 81%.

With Beijing having its sights fairly set on becoming the world’s busiest airport in the next few years, it is worth examining how the airport’s scheduled services have developed so far this year. A comparison of OAG data for Beijing airport for January and May reveals a range of new or changed services.

Beijing Capital Airlines is the new name for Deer Air, an airline with a fleet of over 20 A319s that is part of the Hainan Airline Group. The local government in Beijing has decided to invest in the carrier and as a result it has been renamed. According to OAG the airline now operates at least daily on six domestic routes from Beijing to Baotou (BAV), Erenhot (ERL), Hailar (HLD), Hohhot (HET), Jixi (JXA) and Lijiang City (LJG).

Other new routes added from Beijing by Chinese carriers are daily services by Hainan Airlines to Wu Hai (WUA) and Xining (XNN), Shenzhen Airlines to Wuhan (WUH) and Zhengzhou (CGO), and Tianjin Airlines to Hailar (HLD).

Among non-Chinese carriers, the former Northwest service to the airline’s mini-hub at Tokyo Narita is now rebranded as a Delta service, while United re-started non-stop Washington Dulles flights at the end of March after a five month suspension. Etihad’s non-stop service from Abu Dhabi now carries on to Nagoya in Japan, while Garuda’s previous one-stop service from Jakarta via Singapore has now become a non-stop service.

Finally, after some apparent last minute issues regarding its slots at the airport, American Airlines now plans to start non-stop flights from Chicago O’Hare to Beijing on 25 May. Initially, the service will be operated four times weekly rising to daily from the beginning of July. The airline won the right to operate the route as long ago as 2007, but has now finally taken the opportunity to start the route.