Royal Jordanian may not have the same global ambitions as some of its regional rivals but it continues to start new routes and Jordan continues to attract new services. We reveal which LCCs, US carriers and European flag carriers fly to Amman. 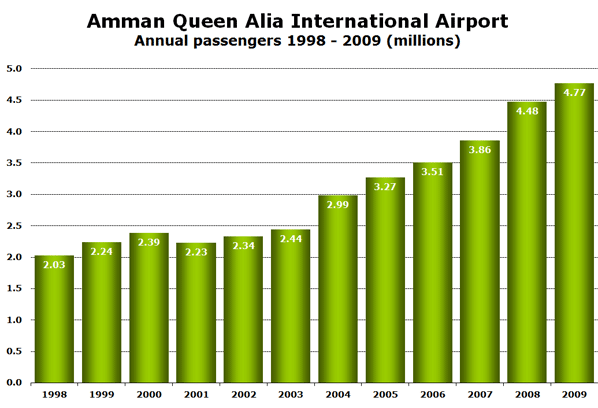 Since the beginning of 2009 there have been several new scheduled services which are summarised below.

Apart from these scheduled services, there were also new charter flights in 2009 to Bologna, Düsseldorf, Hamburg and Milan. This growth in the airport’s network has had a positive impact on passenger numbers. 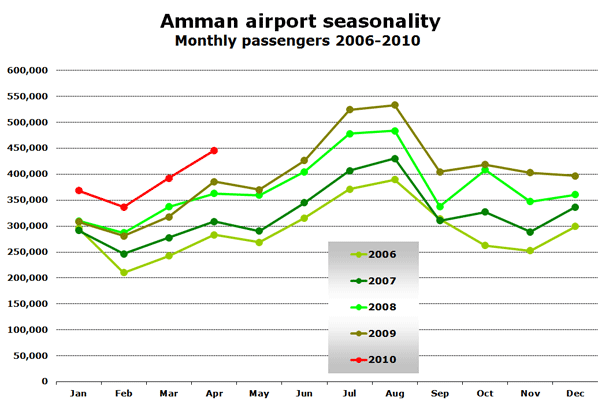 Since last April the airport has shown consistent year-on-year growth with passenger numbers in 2010 up 19.3% between January and April. The airport should easily pass the five million passenger mark for the first time in 2010. A new terminal is currently being built and should be ready for use in 2011. 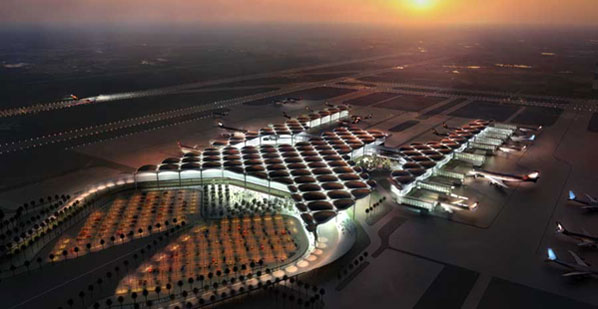 The new terminal at Queen Alia International Airport is scheduled to open in 2011. The $600 million terminal, designed by Foster+Partners, will be capable of handling 12 million passengers per year. 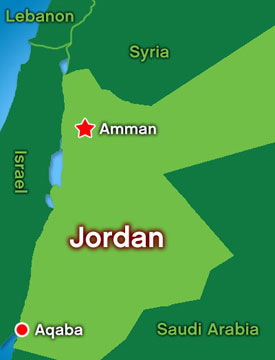 Analysis of schedule data for May reveals that Royal Jordanian operates over 330 weekly departures to over 50 non-stop destinations accounting for 60% of flights and 55% of seat capacity. No other carrier operates more than three daily flights at the airport with Egyptair, Emirates, Etihad, Middle East Airlines and Turkish Airlines all operating double-daily flights to their home bases.

Several low-cost carriers are present at the airport, including Air Arabia (to Sharjah), Bahrain Air (to Bahrain), flydubai (to Dubai), Jazeera Airways (to Kuwait), Nas Air (to Jeddah and Riyadh) and Sama (to Riyadh).

The leading country market is UAE with five carriers serving three destinations (Abu Dhabi, Dubai and Sharjah). Saudi Arabia is served by four carriers (the two flag carriers plus Nas Air and Sama) while Beirut in the Lebanon is served with 47 weekly departures. The US is served with more weekly seat capacity than any single European country. 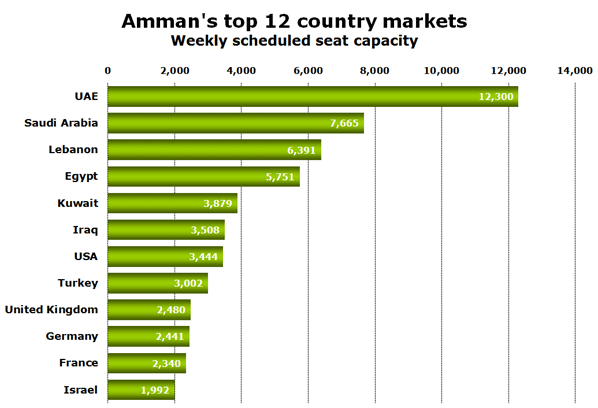 Apart from Queen Alia International Airport, there are also scheduled services to Aqaba (AQJ), a seaport in the south of the country which is also home to the world’s second tallest free-standing flagpole (130 metres). Royal Jordanian operates daily flights to Amman from the airport. The old Amman airport at Marka is still used by a number of carriers including Royal Falcon, which this week started flying twice-weekly to Abu Dhabi using 737-400s.