TAP Portugal expands in Africa; Brazil is leading country market from Lisbon where TAP has 60% of capacity 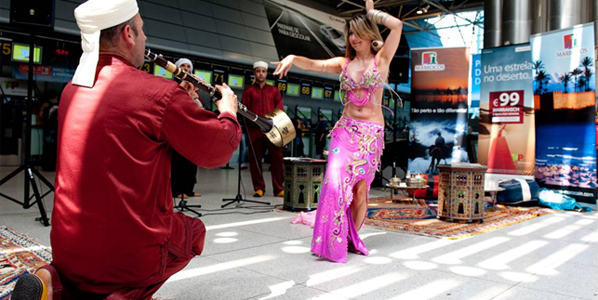 As part of an increased focus on Africa, TAP Portugal launched flights to Algiers and Marrakech last week. The Moroccan route was celebrated at Lisbon airport, the airline’s main hub, from where it offers almost five times as many destinations as nearest rival easyJet.

Star Alliance member TAP Portugal last week started two new routes to Africa; Algiers in Algeria and Marrakech in Morocco. These are the airline’s first new routes in 2010, and follow the addition of four new destinations in 2009 to Helsinki, Moscow Domodedovo, Valencia and Warsaw. Passenger numbers on the airline’s fleet of 58 Airbus aircraft (including 16 A330/A340s) and 16 regional aircraft (operated by subsidiary Portugália) fell by 3.4% in 2009, having almost doubled from 4.5 million in 1998 to 8.7 million 10 years later. 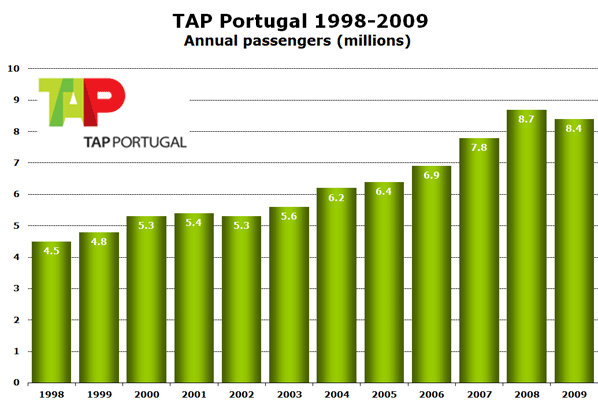 Passenger numbers in the first four months of 2010 are up almost 3%. Portugal’s location and the high concentration of domestic, African and South American routes meant that TAP was less affected than most European airlines by the volcanic ash cloud in April. 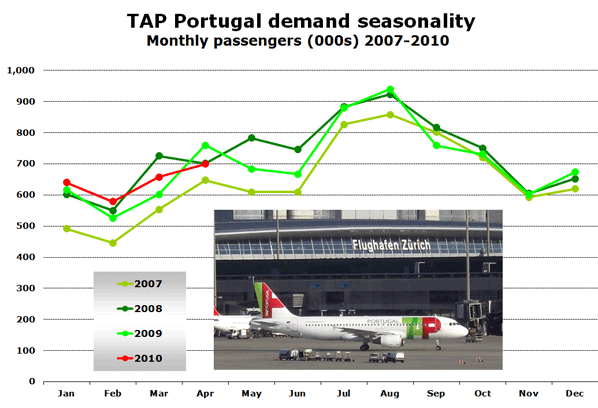 At the airline’s main hub in Lisbon, it accounts for almost 60% of all scheduled seat capacity and serves 66 destinations non-stop. Its nearest rival is easyJet, which currently serves 14 destinations and accounts for just under 10% of scheduled capacity. At Porto, TAP is also the leading carrier with nearly half of all flights and 38% of capacity on 18 routes. However, Ryanair flies to more destinations (23) and with 31% of seat capacity, the low-cost carrier is closing fast. From Faro, TAP operates just a single route to Lisbon four times daily.

Strong links to Brazil and parts of Africa

In total, the airline currently serves 67 airports, although it currently serves only one airport in North America (Newark) and none in the Middle East or Asia. Apart from the obvious domestic and European destinations served, the airline’s location makes it a natural hub for flights to South America and Africa. 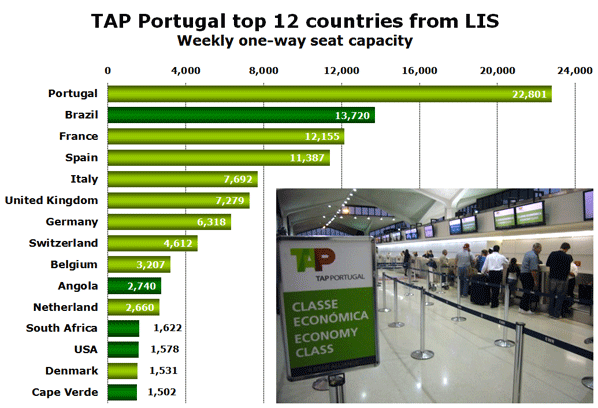 From Lisbon, the airline offers more weekly seats to Brazil than to any other international destination. It serves eight different airports in South America’s largest country; Belo Horizonte, Brasilia, Fortaleza, Natal, Recife, Rio De Janeiro, Sao Paulo Guarulhos and San Salvador. It also serves Rio and Sao Paulo non-stop from Porto. From early July, this will increase to nine when the airline begins thrice-weekly flights to Viracopos-Campinas airport around 100 kilometres from Sao Paulo and a major base for Brazil’s fast-growing low-cost carrier Azul.