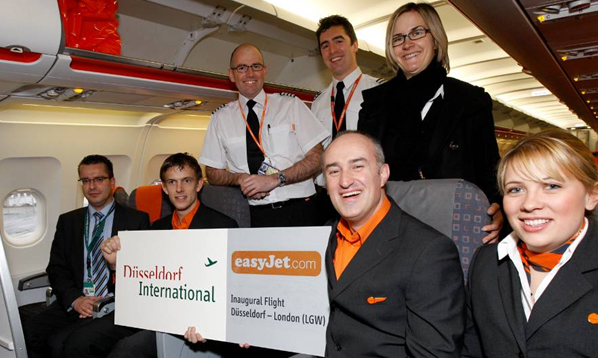 The UK to Germany market was off to a good start this year. Although down in April, like all markets due to the volcanic ash cloud, the year’s first quarter reported positive figures. A contributor to the growth was easyJet’s new service between London Gatwick and Düsseldorf, which launched in February.

Latest figures from the UK Civil Aviation Authority show that international traffic demand in February and March was almost at the same levels as in 2009. However, the volcanic eruption in Iceland meant that any hope that April might produce year-on-year traffic growth was quickly extinguished. Looking at the basket of ‘mature’ country markets shows that first the German market and then the Dutch market were returning to growth at the start of the year. The Irish and Spanish markets continue to shrink for different reasons. 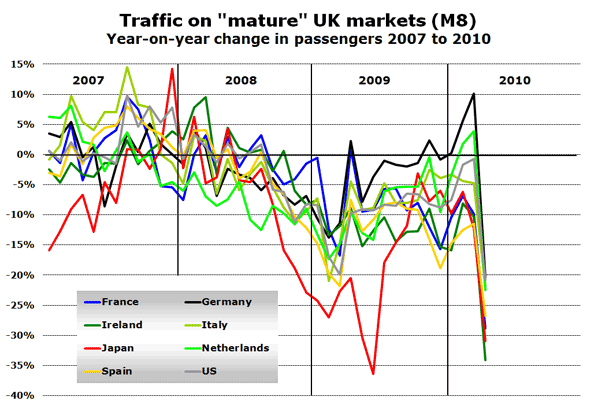 Egypt and Qatar added to basket of ‘emerging’ markets

The eight ‘emerging’ country markets which have been tracked since the beginning of 2007 have now been joined by Egypt and Qatar, two countries consistently reporting significant growth. Prior to April, both of these countries had reported double-digit growth each month in 2010. The Moroccan market, which boomed in 2007 before falling back in 2008, is once more growing strongly after a solid performance during the second half of 2009. 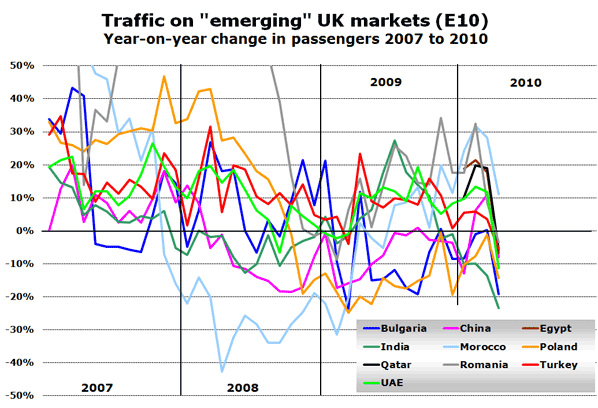 Even before the intervention of the ash cloud, the once booming Polish market had extended its sequence to 18 months since last reporting growth. This would appear to tally with UK government statistics about immigration from the country is slowing right down and possibly even reversing.