ACI EUROPE at 20:20 vision – the Milan congress and the network planning messages (including 70 routes promised by THY) anna.aero publisher Paul Hogan’s Q&A with Lufthansa Chairman and CEO Wolfgang Mayrhuber:
Q: “Will your ownership of seven airlines in Europe lead to a route rationalisation in the short haul sector and a much greater concentration on certain under-developed long haul markets?
A: “No.” 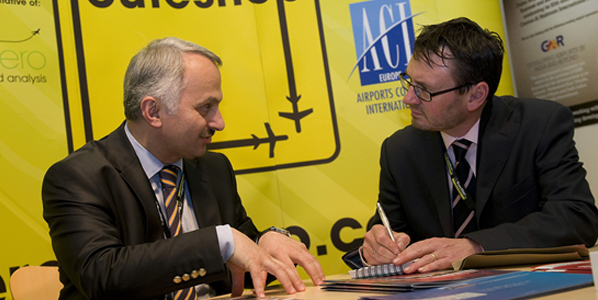 “I want Turkish to be the largest airline on Earth – that’s the target – and it is possible if we have enough network growth," Dr Temel Kotil, President and CEO Turkish Airlines, tells a quizzical anna.aero publisher Paul Hogan.

Dr Kotil’s desire to create the “largest airline on Earth” does sound like one of those grand things that airline chief executives feel they have to say from time to time. But let’s face it; Turkish has so far had the best recession of any AEA airline in terms of traffic growth, profitability, and response to much-enhanced competition. Five years ago, it had 10 million passengers and now it has 31 million.

The Turkish Airlines boss, an engineer by training and instinct, explains rather convincingly that Turkish has a hybrid strategy of a European airline borrowing heavily from the approaches of the Middle East Big 3 (MEB3 is an anna.aero term for Emirates, Etihad and Qatar Airways).

First of all, like a MEB3 carrier, Turkish plans to draw most of its future volumes from transfer: “Our transit traffic was zero or negligible in 2006, now it’s one-third and we want it to be two-thirds.” Dr Kotil explains that the key to this is an ability to provide European feed with smaller 737-800 aircraft compared to the A330/777 widebody feed of its MEB3 competitors which can only serve a narrow range of destinations: “Right now, Turkish serves 67 cities in Europe, but with 65 Boeing 737-800s on order, this will double” promises Dr Kotil.  The comparisons with the MEB3 do not end there – a further factor will be the class of service offered – a MEB3-style 45″ seat pitch versus of typical 35″ European business class product.

So, if you are a European airport, you would do well to follow in the footsteps of secondary cities like Gothenburg and Bologna, which have recently secured new Turkish services in its bid to add about 70 more European routes. And where might the next new onward destination be from Istanbul for all this great feed? anna.aero recently got a clue when we received an e-mail from a beloved THY subscriber, Akin Çarkçi: “After six years as Network Planning Manager at Turkish Airlines, the time has come to say good-bye and fly for new destinations…. I’ve been appointed as Turkish Airlines  new Director for Vietnam in Ho Chi Minh City…I look forward to seeing you again in some other place around the world.” Some of our friends (and partners) come to The Route Shop: Francis Latarjet, Diretor General Algiers Airport, Kam Jandu, Director Aviation Budapest, and Ad Rutten, EVP and COO Schiphol Group (and also President of ACI EUROPE which partners anna.aero in The Route Shop). 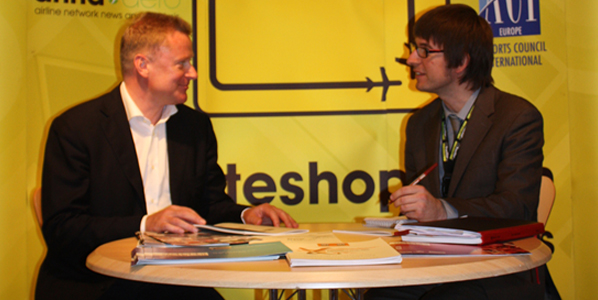 No stranger to radical ideas: airBaltic president and CEO Bertolt Flick explains why he has entered a joint venture to build a €100 million new terminal in Riga with Turkey’s TAV.

A great practitioner of unusual (but successful) ideas, airBaltic president and CEO Bertolt Flick came to Milan to explain the reasoning behind the joint venture with TAV to construct and operate a new €100 million terminal at Riga airport which had been announced just the week before.

“The current Riga terminal was designed for 2.5 million passengers, whereas we expect 4.5 million passengers this year and six million in 2011 – the government is not able to finance the development of the airport, but we want to avoid capacity constraint.” 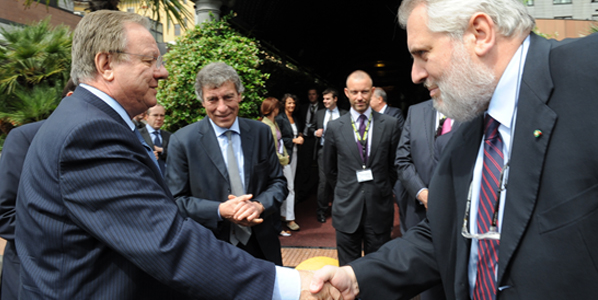 Who are the ACI EUROPE Best Airport Award winners? 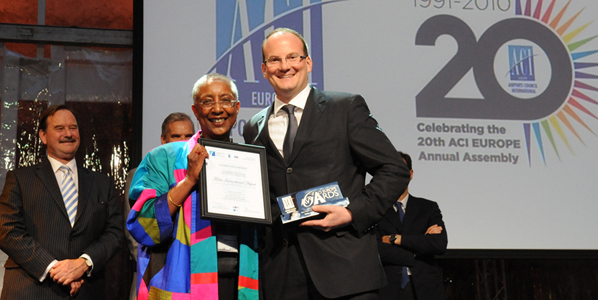 Malta International Airport was named best airport in the under five million passengers category. One judge commended the airport for its "excellent and innovative" entry, while another described it as "showing serious progress across a broad range of indicators". Angela Gittens, Director General ACI WORLD, presented the award to Julian Jaeger, CEO Malta International Airport. 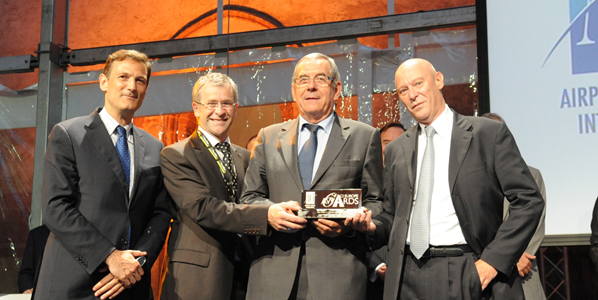 Lyon-Saint Exupéry was named best airport in the 5-10 million passengers category. The airport was praised for its "concrete commitments to environmental awareness" and its "excellent approaches to environmental challenges and relations with the community". 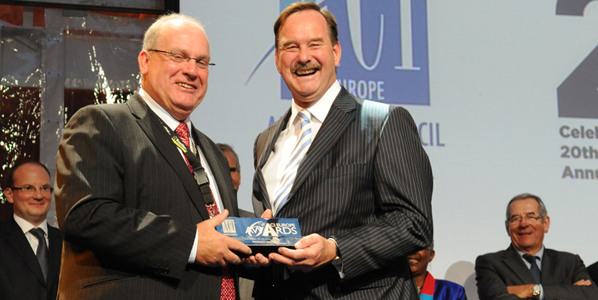 Manchester Airport was named best airport in the 10-25 million passengers category. One judge commented that "it not only ticked all the boxes, but added substance to each element". "A passion for excellence" was also highlighted. Geoff Muirhead, Chief Executive Manchester Airports Group, collected the award from Ad Rutten, Executive Vice President and Chief Operations Officer Schiphol Group and ACI EUROPE President. 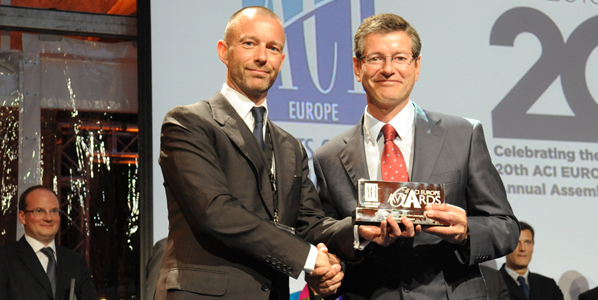