easyJet adds Heraklion and Pristina from Geneva base; operates more flights in winter than summer across 47 destinations 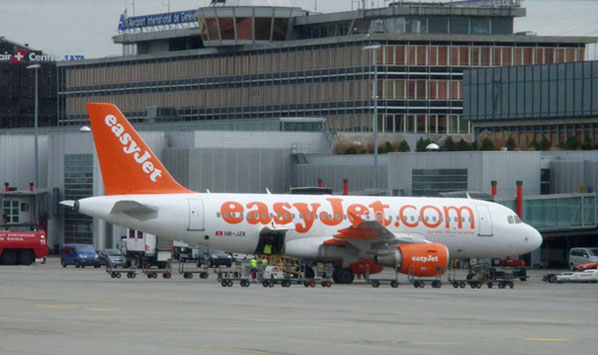 easyJet is the dominant carrier at Geneva airport, serving 41 destinations this summer compared with Baboo’s 15 and Swiss’ 11 routes. The winter ski season is, however, the peak season, when easyJet brings snow-hungry Brits down to the Alps. (Photo: UggBoy)

easyJet started operating a base in Geneva after acquiring a significant stake in TEA Basle, a local Swiss carrier in March 1998, although the airline had started flights from its base at London Luton as early as December 1997. Since then, using a combination of aircraft based in Geneva and elsewhere, easyJet has launched over 50 routes from the airport. The last week has seen the carrier add new routes to Heraklion and Pristina. This marks the first time that easyJet has served the capital of Kosovo. This summer, 41 destinations will be served non-stop from Geneva, some of which are seasonal, but thanks to Geneva’s position close to several major ski resorts, it also offers seasonal winter connections from several other destinations, notably in the UK. 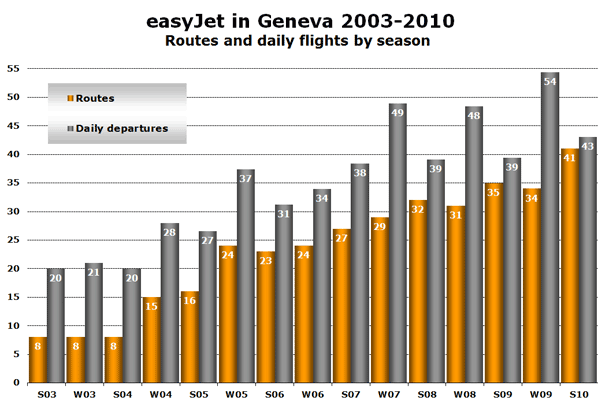 The only airports that have been axed from the network completely are Doncaster/Sheffield, Dortmund, East Midlands, Hamburg, Prague and Rome Ciampino. However, Rome is still served as the airline merely moved flights to Rome’s larger Fiumicino airport. Because of the demand for ski travel in winter, easyJet actually operates more weekly flights in winter at the airport than it does in summer.

Apart from Pristina, Geneva is one of only two airports (the other is Milan Malpensa) that easyJet links with Stockholm Arlanda and the only non-UK airport it links with Sharm El-Sheikh in Egypt.

Biggest carrier at Geneva with more routes than anyone else

The easyJet share of Geneva’s scheduled capacity has now reached 30% thanks to its network of 41 routes this summer. The national carrier operates just 11 routes from Switzerland’s second-biggest airport, while Baboo operates more routes than Swiss (15), but with smaller aircraft and lower frequencies.

Huge surge of ski traffic from UK in winter

A notable feature of the airline’s operation at Geneva is the huge surge in flights during the winter period from the UK. Back in early February, easyJet was operating almost three times as many weekly flights from the UK to satisfy the UK ski market. Instead of serving just six UK airports as it does in summer, this was doubled to 12 with seasonal flights from Belfast International, Birmingham, Bournemouth, Glasgow, London Stansted and Newcastle. 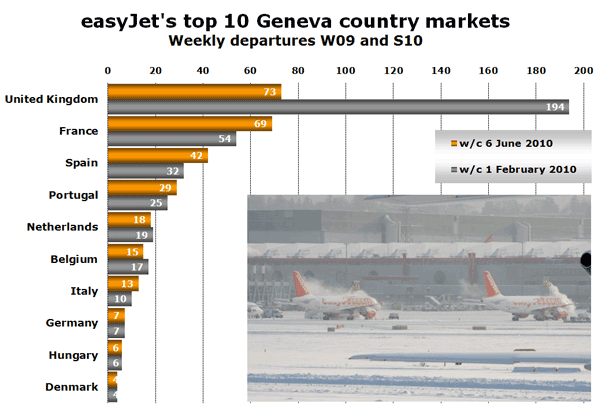 Saturday is a key day for ski traffic and this coming winter easyJet is already offering 10 daily flights on that day from London Gatwick to Geneva during January.