Accra attracts more out of Africa services to Ghana; Brussels Airlines, United and Virgin all new this summer United states: United’s Washington-Accra launch became its first ever Africa service earlier this month. The Honorable Daniel Ohene Agyekum, Ghanaian ambassador to the US, joined the inaugural service. The US is now Accra’s second biggest country market with 16 weekly departures, beaten only by Nigeria.

As Ghana celebrates being the only African nation to make it through to the last eight of the FIFA World Cup currently being held in South Africa, the nation’s main international visitor gateway at Kotoka International Airport in Accra has recently welcomed new services from United Airlines (daily flights to Washington Dulles since 20 June) and Virgin Atlantic (three weekly flights to London Heathrow since 24 May in direct competition with daily flights from British Airways). In addition, since 1 June, Delta has complemented its non-stop New York JFK services with a new four-times weekly non-stop service to its main hub in Atlanta. 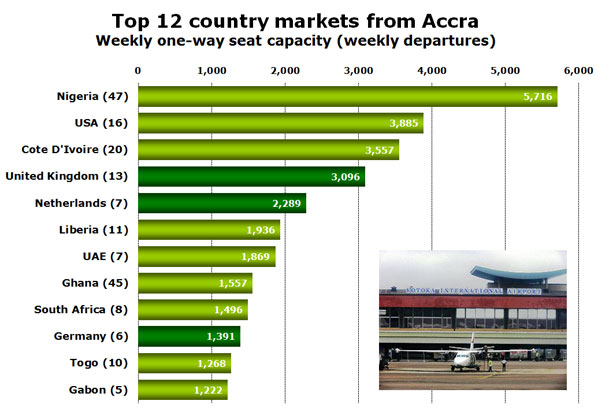 As a result, the US is now the second biggest country market for flights to and from Accra with 16 weekly departures, beaten only by Nigeria in terms of seat capacity. KLM’s daily service to Amsterdam helps the Netherlands to rank fifth, while Emirates’ daily Dubai service enables the UAE to claim seventh place in the country rankings. Neither Etihad nor Qatar Airways currently serve Accra.

In July, two more airlines have announced their intention to start serving Accra for the first time. On 5 July, Brussels Airlines will begin twice-weekly flights from Brussels with onward connections to Monrovia in Liberia, while later that month, Turkish Airlines was planning to introduce one-stop flights from Istanbul via Lagos in Nigeria. However, at present, the airline’s website is only showing flights to Lagos without any onward connection.

The new Virgin service to London helps consolidate the UK as the fourth-biggest country market. Back in 2001, the UK market represented 25% of the airport’s total annual traffic with 155,000 annual passengers out of a total of 623,000 at the airport. Since then, the airport’s traffic has more than doubled to 1.4 million in 2009 (Source: ACI), while the UK market peaked in 2006 with 214,000 passengers. 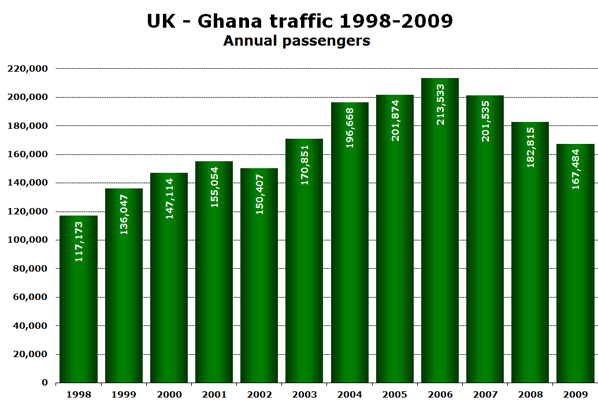 Upon announcing the new route back in March, Virgin Atlantic’s Chief Executive Steve Ridgway said; “We are delighted that we are able to launch services to this fast growing and vibrant capital city with its historic links to Britain, thriving economy and growing oil and gas industry. Virgin Atlantic’s new services will bring much needed competition onto this route, breaking BA’s virtual monopoly. Ghana is a beacon for economic success in West Africa, and with Africa showing greater economic resilience and growth than other global regions, we are thrilled that this will be our fifth route in Africa. We look forward to offering the best possible service to travelers between Ghana, the UK and the United States.” 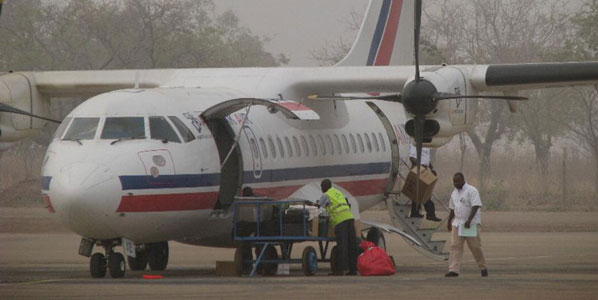 The only carrier offering daily domestic routes in Ghana: Antrak Air loads its ATR-42 in Tamale heading to Accra.

According to OAG schedule data, the only carrier operating domestic routes in Ghana is Antrak Air, which flies daily from Accra to Kumasi (KMS) and Tamale (TML) using 46-seat ATR 42-300s. It also serves Sunyani (NYI) and Takoradi (TKD) with 19-seat Beechcraft 1900Ds. 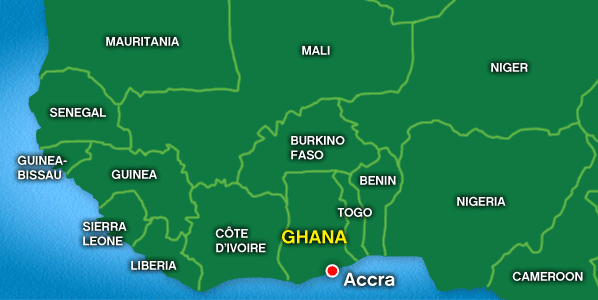