AEA passenger numbers down 1.5% in first five months of 2010 (blame the volcano!); Tarom does growth ‘double’ 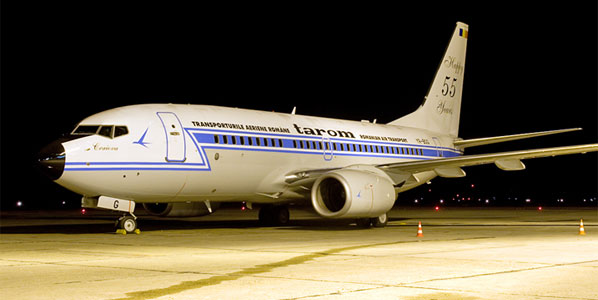 The 30-plus members of the Association of European Airlines (AEA) reported their best passenger growth figures in March 2010 (of 4.6%) since February 2008 (which had an extra day in it). However, all the good work of the other months was undermined by the volcanic ash cloud of April which resulted in 16% fewer passengers flying on AEA airlines that month, as many were grounded for several days. 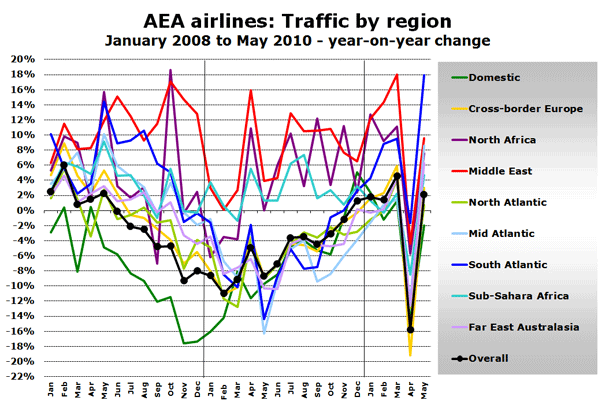 While passenger numbers were down overall by 1.5 percentage points, demand (RPKs) was only down 0.5% while capacity (ASKs) was down 4.4%. This has had the beneficial effect of pushing average load factors up from 72.0% to 75.0% compared with 2009.

Over the course of the first five months of 2010 many AEA members have reported demand growth, notwithstanding the impact of the ash cloud in April. Five airlines reported double-digit growth led by Tarom and followed by Turkish Airlines and airBaltic. 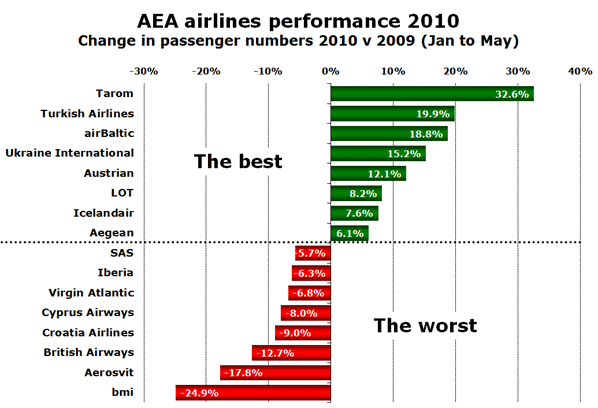 Three of the bottom six airlines are all based in the UK; bmi, British Airways and Virgin Atlantic, reflecting the worrying state of the UK economy, industrial action at loss-making British Airways and Lufthansa’s decision to reduce capacity at its latest acquisition bmi. 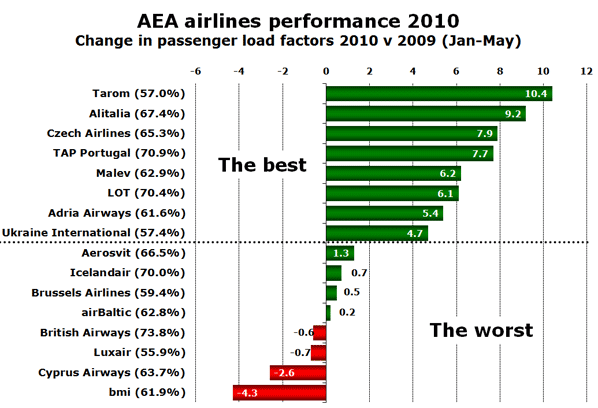 Tarom’s impressive growth has been achieved partly by a significant improvement in its ability to fill its flights with passengers, suggesting a new approach to revenue management. However, despite this positive trend its average load factor in 2010 so far has still been less than 60%. Most of the other airlines that have shown the biggest load factor improvement (in percentage points) have started from a base of below 60%.

Only four airlines failed to improve their load factor in the first five months of 2010 with British Airways and bmi once again managing the dubious distinction of having fewer passengers and less full aircraft. Cyprus Airways and Luxair are the only other AEA carriers with less full aircraft in 2010 than in 2009.

KLM (81.1%) and Iberia (80.9%) are the only AEA members to average more than 80% load factor across the first five months of the year. Examining data for May alone, they were joined by Lufthansa, Swiss and Virgin Atlantic.