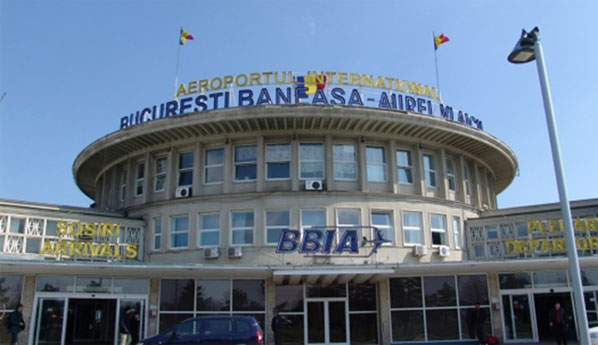 Bucharest’s old airport is now the choice of low-cost airlines, such as the locally based Blue Air and Wizz Air. The characteristic terminal building was once a proud landmark of the Romanian capital. Although you can’t tell from this photo, the central building is the hub of the propeller-shaped terminal.

During the last week, Bucharest Baneasa airport has celebrated the launch of three new Wizz Air routes, bringing the number of destinations served by the A320-operating, Hungarian-based LCC to 17, operating with 80 weekly departures. This still leaves it some way behind local LCC Blue Air, which this summer will operate 160 weekly departures across 24 destinations from Bucharest’s second airport, known as Aurel Vlaicu International Airport after the early Romanian aviator and airplane constructor. Primarily as a result of these two carriers, passenger numbers at the airport have grown rapidly in recent years and passed two million for the first time in 2009. 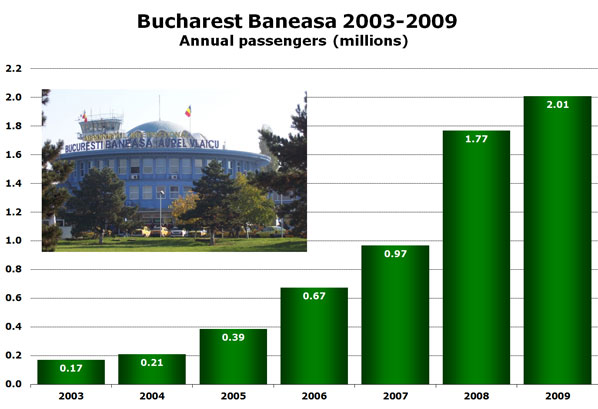 Apart from the two dominant carriers, germanwings also operates to the airport from its bases in Berlin, Cologne/Bonn and Stuttgart. Italian LCC MyAir.com also served the airport until its demise last year, while SkyEurope operated double-daily flights to Vienna until it too collapsed in 2009. easyJet began Baneasa operations in 2007 from London Gatwick, Madrid and Milan Malpensa, but has since moved its two remaining services to Bucharest’s bigger airport at Otopeni. 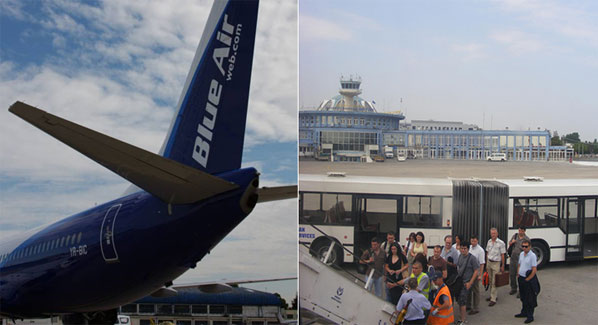 Blue Air operates twice as many flights as Wizz Air, but the two LCCs compete on nine of the Romanian airline’s 24 routes.

The airport’s two main carriers compete head-to-head on nine routes; Barcelona, Catania, Cuneo, London Luton, Madrid, Milan Bergamo, Naples, Paris Beauvais and Valencia. This is a worryingly high number, as historic evidence across Europe of LCC competition suggests that such a level of competition is unsustainable in the long run. There is also indirect competition on routes to Brussels and Rome where Wizz Air serves Charleroi and Ciampino, while Blue Air prefers Brussels and Fiumicino Airports. On the Stuttgart route, Blue Air competes directly with germanwings. However, Blue Air has withdrawn from both of the other germanwings routes to Berlin and Cologne/Bonn.

The only routes that Wizz Air has so far ever dropped from the airport are short-lived services to its bases in Budapest and Cluj Napoca, plus Liverpool, which operated between October 2007 and October 2008.