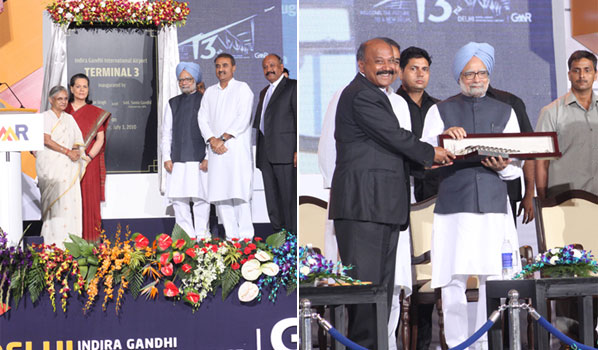 Domestic air travel in India continues to grow strongly in 2010 with the dominant domestic market reporting growth of over 20% once again in both April and May. 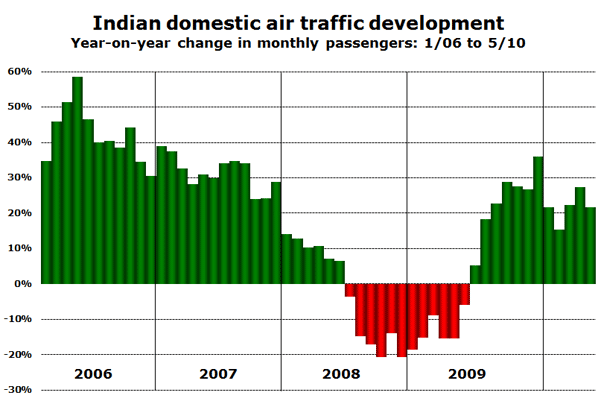 Jet and JetLite combined continue to share around 26% of the domestic market in terms of passengers, followed by Kingfisher, whose market share has been sliding once more as the airline seeks to match capacity more accurately with demand. Paramount’s market share has fallen dramatically after the airline was forced to ground some of its Embraer aircraft at the end of March after a dispute with the lessor GECAS. According to the airline’s booking tool it now serves just three airports; Chennai, Coimbatore and Madurai. The “News Room” section of its website which featured 34 stories written about the airline in 2009 has apparently failed to find any stories written about the airline in 2010. This would appear to be a case of ‘no news is bad news’ for the airline. Paramount’s share of the domestic market had been as high as 2.3% in April 2009 but in May of this year it was just 0.3%. 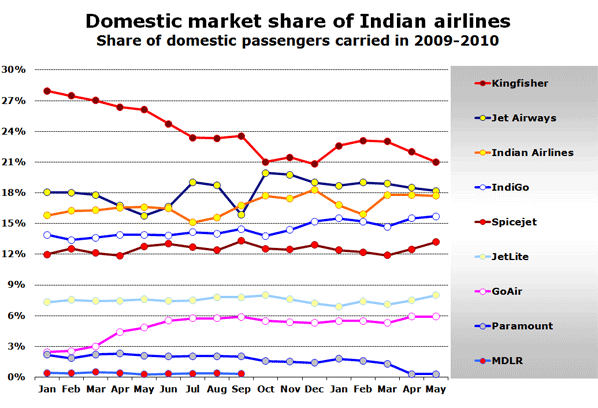 During the last 12 months, Delhi has overtaken Mumbai to become India’s busiest airport. In the 2009 calendar year Delhi’s traffic grew by 8.6% to reach 25.3 million while Mumbai’s passenger numbers increased by just 1.9% to reach 24.8 million (Source: ACI). Chennai ranked third with 10.2 million, followed by Bangalore with 9.4 million and Kolkata with 7.6 million.