Route of the Week:
Mandala Airlines’ Jakarta to Macau Cake of the Week:
Wizz Air’s Budapest to Frankfurt Hahn and Bari 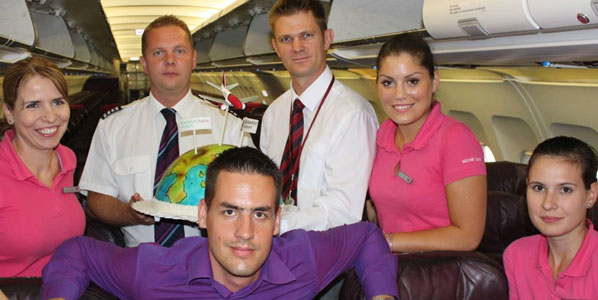 A map theme was also featured on the cake displayed by Patrick Bohl, head of Budapest Airport’s airline development team, and Wizz Air’s first officer Béla Szegedi. Down on the heel of Italy, Bari is indicated as the low-cost airline’s new destination from the Hungarian capital. AirAsia arrived into Hyderabad with an A320 in its “World’s Best Low Cost Airline” livery. Thrilled to have such a distinguished carrier arrive, Rajiv Gandhi International Airport welcomed the airline with a fire truck salute. Hainan Airlines has begun serving Yining from Ürümqi with 737-800s from its subsidiary Chang'an Airlines. Joy Air’s MA60 – based on the An-24 – will fly four times a week between Ordos City and Yinchuan, a distance of 360 kilometres. The first flight carried 34 passengers who were warmly received in Yinchuan with a little welcome ceremony. The ribbon-cutting ceremony for Shangdong Airlines’ new service from Jinan, via Ürümqi, to Kashi in westernmost China was witnessed by a large crowd. Many of the passengers are young men who have volunteered to come to Xinjiang Province to work for the local government. 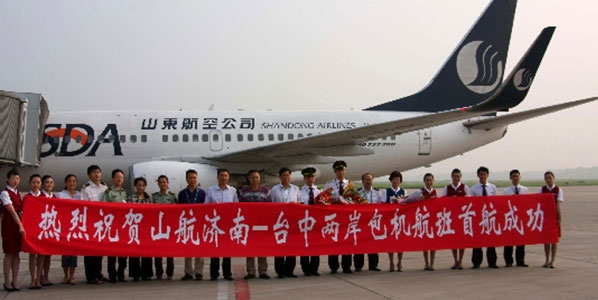 The first of Shangdong Airlines’ weekly flights to Taichung in Taiwan was full as it departed Jinan. 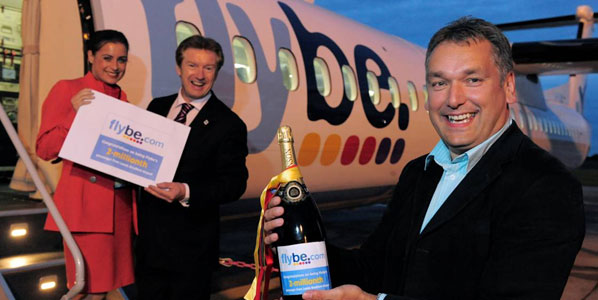 Wakefield businessman Mike Roberts became flybe’s two millionth passenger at Leeds/Bradford as he arrived back from London Gatwick. He was presented with champagne and a six month lounge pass at both Leeds Bradford and London Gatwick by the airport’s Commercial Director Tony Hallwood. The thrilled passenger commented: “I’m delighted to be passenger two million! I use Leeds Bradford airport on a regular basis. Without the option of flying to see both my UK and European customers my company would lose too many hours stuck on the road.” 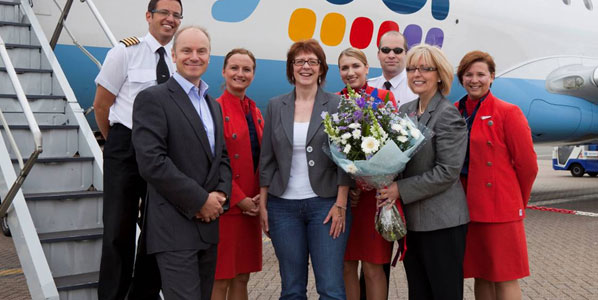 Bournemouth resident Janet Cauchi became flybe’s 10 millionth passenger at Southampton as she arrived back from one of her weekly flights to Edinburgh. She was presented with flowers and a 12-month complimentary pass to the airline’s Southampton lounge. Boise Airport had the great honour of welcoming the 787 for some touch and goes yesterday evening!