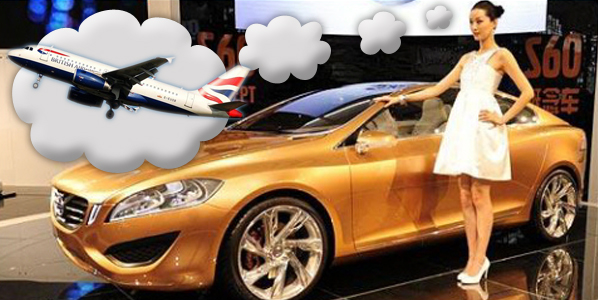 We haven’t seen a new European route from BA since the launch of Innsbruck services in December last year. LHR-GOT will provide classic hub feed opportunities – such as access by Volvo’s new Chinese owners.

Although anna.aero’s assistant editor, who derives from western Sweden, has a bias towards the UK-Gothenburg market, it cannot be helped that we pay attention to this after the sudden wave of route announcements from London to Sweden’s second city, which suitably sometimes is referred to as “Little London”.

Last in line is British Airways, which has announced twice-daily flights between London Heathrow and Gothenburg’s Landvetter (GOT) from 28 November. Although this announcement comes shortly after easyJet’s announced six weekly flights from London Gatwick, due to begin on 6 September, British Airways will be able to greatly rely on transfer traffic. Indeed, anna.aero has previously pointed out that BA is the only one of the major European airlines not to serve Gothenburg.

By next winter, UK traffic will have become the second-largest international country market out of Landvetter Airport, ranking after Germany only. A year earlier, the UK ranked #5. 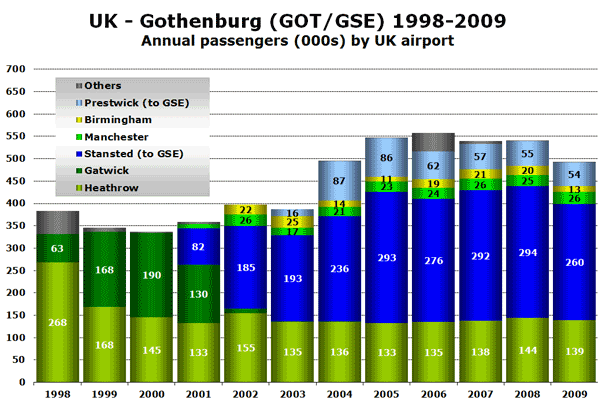 Historically, BA had served Gothenburg for decades out of Heathrow when it also launched Gatwick services in 1994. The Heathrow route was dropped in 1999 in favour of the Gatwick service, but its London flights were suspended altogether just after 9/11.

During the major part of the 2000s, Ryanair’s services from Stansted to Gothenburg City Airport (GSE) have dominated the market, while SAS’s Heathrow services, which benefit from feed to and from Star Alliance partners, reported stagnant passenger numbers.

There have also been a couple of short-lived attempts to compete on the city pair. City Airline took up Gatwick services after BA, but dropped them in 2003 and the local low-cost carrier FlyMe served Stansted in 2006-2007.

Outside of the London area, Ryanair’s services from Glasgow Prestwick have dominated, however, this route is set to be suspended at the end of this summer season. Instead, the airline is launching flights from its other Scottish base Edinburgh instead.