Arvind Jadhav, Air India chairman, and Chris Woodruff, Melbourne Airport CEO at the recent launch of Delhi services which start November 1. This development also attracted great interest from Jacinta Allan (centre), Minister for Regional and Rural Development, Industry and Trade. Demand for international flights from Melbourne Airport increased by a record 13% in the financial year up until June, driven by strong growth in the Indonesian (+36%), Malaysian (+26%), Chinese (+14%) and Indian (+10%) markets.

Melbourne Tullamarine Airport, Australia’s second busiest (after Sydney), handled over 26 million passengers during its latest financial year, which ended in June. Overall passenger numbers were up 6% but demand for international flights was up an impressive 13% aided by a range of new international services. In the last 15 years the airport has seen demand double from 13 million to 26 million passengers with passenger numbers growing in each of the last eight years. 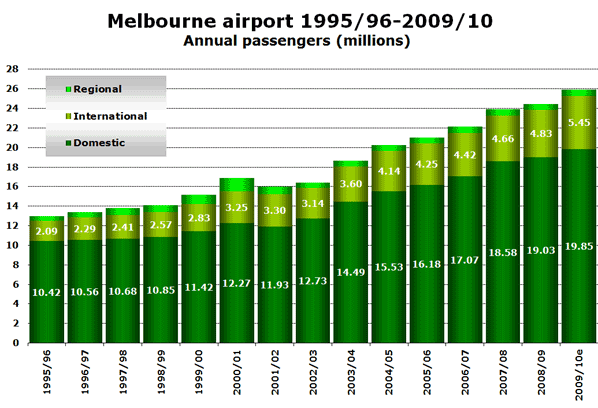 Being in the southern hemisphere, the airport’s seasonality profile is somewhat different with summer being in December and January and ‘winter’ (a relative term in Australia) occurring in June and July. As a result, demand is remarkably consistent across the year. 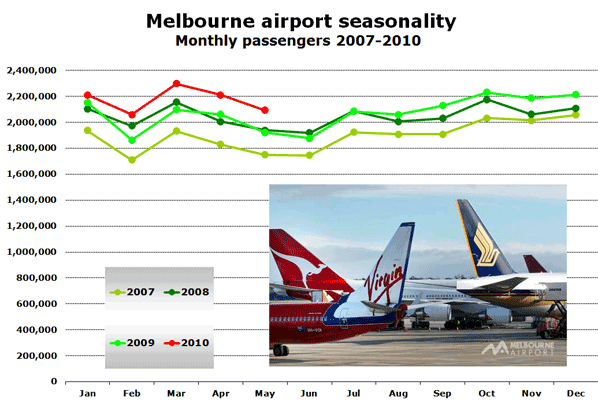 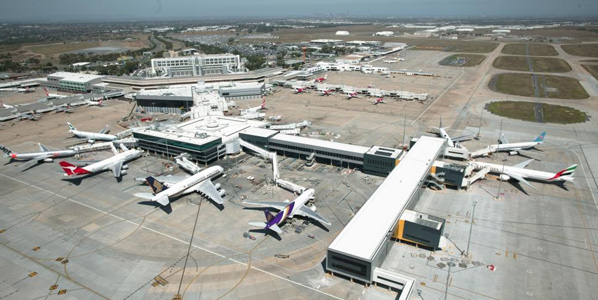 The first phase of the five-year redevelopment of Melbourne Airport’s International Terminal was unveiled in December. All three of the ‘MEB3’ carriers now operate from the terminal and they’ll be joined by Air India in November.

During 2009 Etihad and Qatar Airways joined Emirates in serving Melbourne from their Middle East bases. In November 2008 AirAsia X had begun ‘low-cost’ long-haul services from Kuala Lumpur and has since increased frequency from daily to twice-daily. Another new long-haul carrier is V Australia which started serving Los Angeles and Phuket last December and has now added Johannesburg to its Melbourne network.

Starting this November, Air India will launch daily non-stop services to Delhi. These will be the first direct flights to and from India, further confirming Melbourne as an attractive destination to Asian travellers. Chinese carriers are represented in Melbourne by Air China (to Shanghai), China Eastern (to Shanghai) and China Southern (to Guangzhou). According to the airport, during the last year passenger numbers to China have increased by 14%.

No European carriers are currently present in Melbourne, unlike Sydney where both British Airways and Virgin Atlantic touch down. However, Melbourne does have a US carrier (United) which operates via Sydney to Los Angeles.

Domestic competition growing since Tiger opened base in November 2007

Competition on domestic routes has increased since Tiger Airways of Singapore opened its Australian subsidiary in November 2007 at Melbourne. Within months the airline was operating 11 routes, which has since been increased to 12 with the addition of Alice Springs, Brisbane and Sydney (and the dropping of Newcastle and Rockhampton). Rockhampton flights resume at the beginning of September while a new daily service to Cairns (operated during the night) begins on 16 September.

Qantas’ in-house LCC Jetstar now competes with Qantas, Tiger Airways and Virgin Blue on several domestic routes including the biggest route to Sydney as well as Adelaide, Brisbane and Perth. 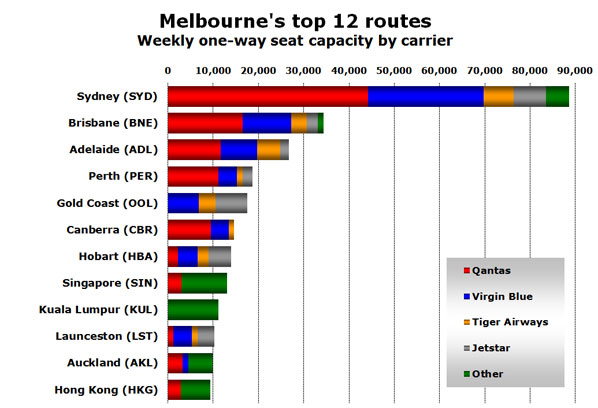 Eight of the airport’s 10 busiest routes (based on current scheduled seat capacity) are domestic destinations. Before the end of this year Jetstar will begin flying non-stop to both Singapore and Auckland. 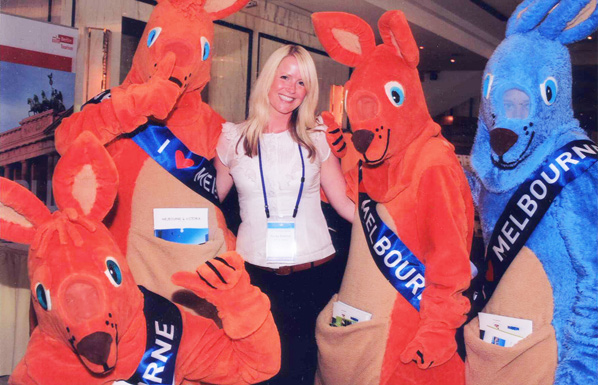 Melbourne Airport's major promotion at the IATA Schedules Conference in Berlin in June: The lady surrounded by kangas is anna.aero's own Nicky Eakins, a one-time resident of Melbourne who is looking forward to returning to the city for the November IATA event.

The bi-annual IATA Schedules Conference will take place in Melbourne in November. This globally roving event (the most recent having taken place in Berlin) will welcome airline and airport delegates from 11-14 at the Melbourne Convention and Exhibition Centre.