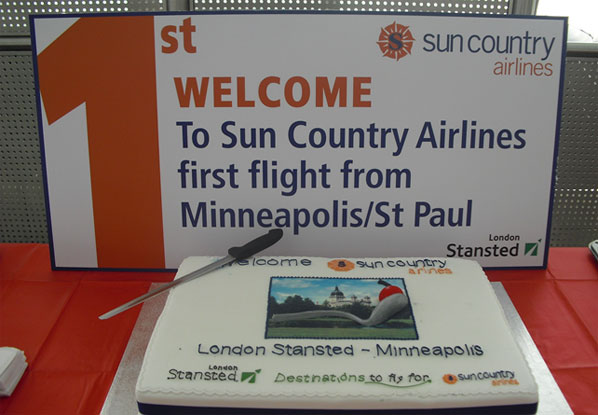 Now that’s worth celebrating. London Stansted, once Europe’s fastest growing major airport, has now gone 32 months since a year-on-year increase, although this has been offset by some nice new route launches.

After a poor first quarter (bad weather, the impact of APD increases and industrial action at British Airways), the second quarter of 2010 was no better for the UK’s airports. Apart from the repercussions of the Icelandic volcano eruption in April, there was further industrial action at British Airways and a general election which failed to produce a clear winner, or much confidence in the country’s economic future. England’s participation in the World Cup in South Africa may also have resulted in some people staying at home, or delaying their holidays, while the poor US Dollar and Euro exchange rates against the British Pound have made travelling abroad more costly for British holidaymakers. 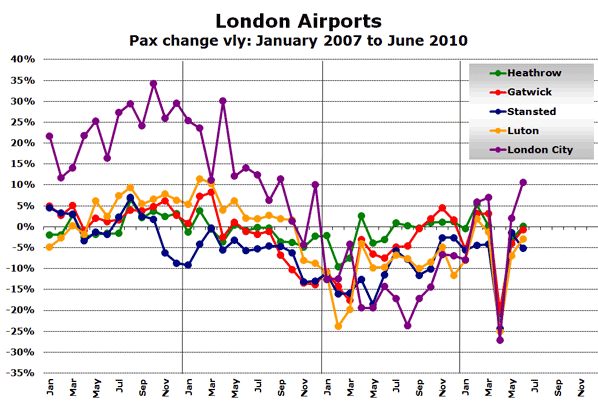 The one bright spot among London airports was London City which reported a 10% increase in passenger numbers in June, the first London airport to report double-digit growth since the same airport achieved the feat back in December 2008.

London Stansted, once Europe’s fastest growing major airport on the back of easyJet and Ryanair growth, has now gone 32 months since it last reported a year-on-year increase in passenger numbers. Despite this there were still new route launches during Q2 to Bodrum (easyJet), Ciudad Real (Ryanair), Dalaman (easyJet), Dubrovnik (easyJet), Fez (Ryanair), Figari (Ryanair), Fuerteventura (Ryanair), Hannover (Germanwings), Minneapolis/St Paul (Sun Country) and Split (easyJet). airberlin’s recent announcement regarding its planned membership of the oneworld alliance suggests that the carrier’s five remaining routes from Stansted to Germany (Düsseldorf, Hannover, Munster/Osnabruck, Nuremberg and Paderborn/Lippstadt) may eventually be relocated to Heathrow as soon as slots can be obtained. 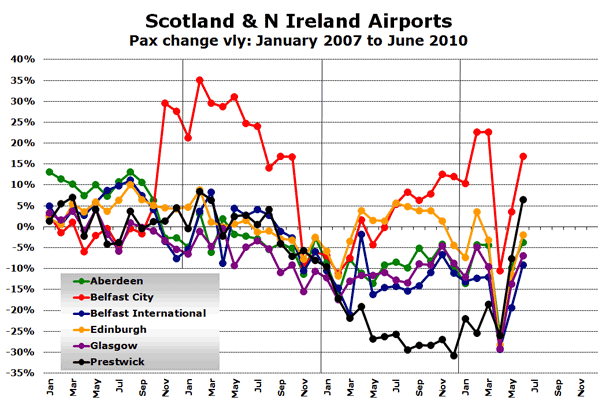 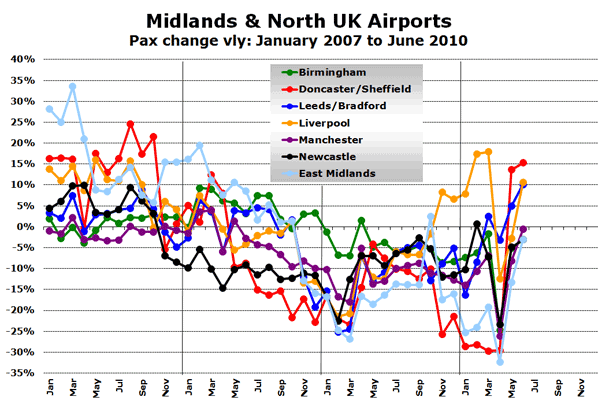 In the Midlands three airports all reported double-digit growth in June. Doncaster/Sheffield benefited from new easyJet flights, Leeds/Bradford was helped by Ryanair’s expansion at the end of March, while Liverpool has now reported year-on-year growth in six of the last eight months. 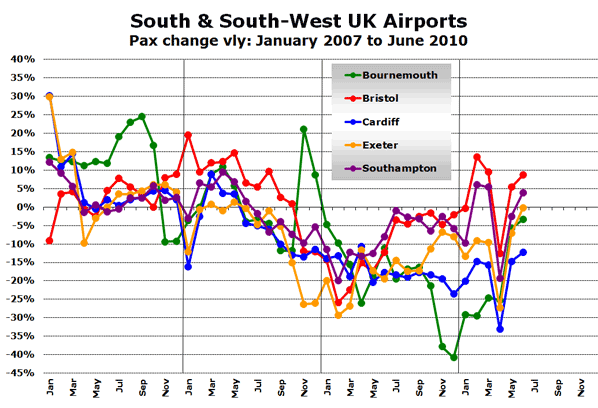 Star performers in the south-west are Bristol and Southampton. Bristol has reported growth in four of the last five months (‘volcano April’ being the exception), while Southampton has seen traffic up in February, March and June. Cardiff’s run of double-digit traffic declines has now been extended to 22 months.