By George; Belfast City is one of the Best airports in the UK; easyJet and Ryanair help traffic grow by 10.5% in H1 2010 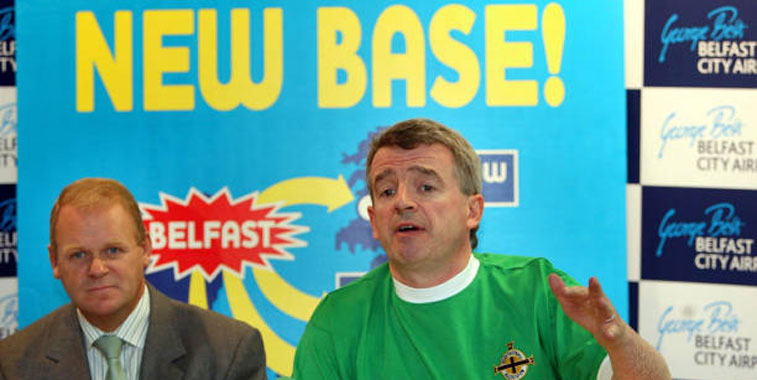 Ryanair announced in back in 2007 that it would open a one-aircraft base at Belfast City Airport with routes to London Stansted, Glasgow Prestwick, Liverpool and East Midlands. Seen at the opening are Brian Ambrose, CEO of Belfast City Airport, and Michael O’Leary, CEO of Ryanair. During the year of the carrier’s arrival, traffic at the airport jumped from 2.19 million passengers to a sound 2.57 million. The base meant Ryanair held 37.9% of seat capacity at the airport. 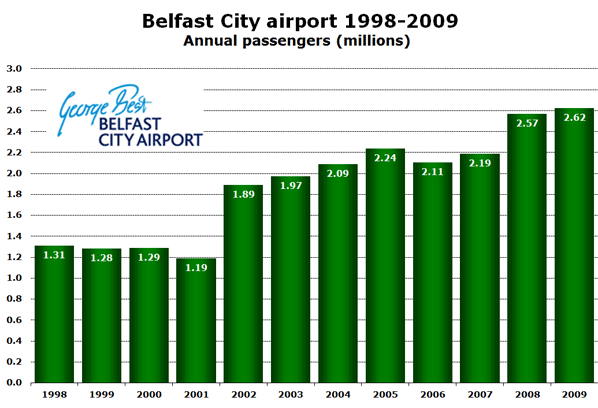 In January of this year, easyJet also started serving the airport, with double-daily flights from its London Luton headquarters. As a result, despite the disruption caused by the Icelandic volcanic eruption in April, passenger numbers at Belfast City airport are up 10.5% in the first half of 2010.

One of the key features of the airport (apart from its enviable downtown location) is a runway that is just 1,800 metres long. As a result, the range of destinations is somewhat restricted. All current scheduled services are either to UK or Irish destinations, though there are charter services in winter to assorted ski destinations in France and Italy.

Flybe remains the largest carrier at the airport operating its Q400s on many domestic routes. On the busier routes such as Birmingham, London Gatwick and Manchester, it also operates its larger E195s. Ryanair serves its UK bases at Bristol, East Midlands, Glasgow Prestwick, Liverpool and London Stansted.

However, the busiest single route is to London Heathrow which is operated by bmi. Last year over 520,000 passengers traveled on the route. Curiously all four of the biggest London airports are served by different carriers; Heathrow by bmi, Gatwick by Flybe, Luton by easyJet and Stansted by Ryanair. Prior to Ryanair starting services from Stansted, airberlin operated double-daily flights from its short-lived Stansted ‘mini-hub’. Air France (CityJet) services to London City were terminated in May 2008. 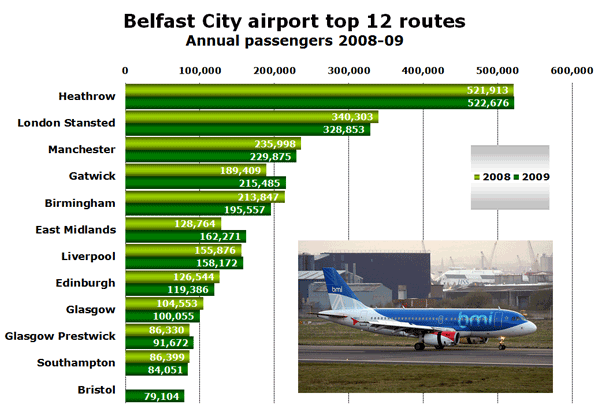