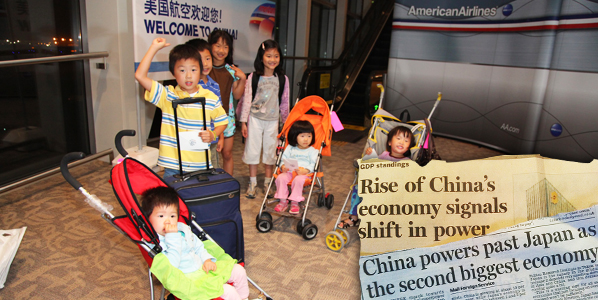 Beijing passes Tokyo Haneda – and China passes Japan – when these young customers of American Airlines’ new Chicago-Beijing service get to their mid-20s, China is also likely to have become the world’s largest economy.

If further proof were needed that the Asian economies have recovered more quickly from the global recession than those in Europe or the Americas, then look no further than the latest airport capacity data at the region’s busiest airports and compare it with a year ago. This week anna.aero has identified the top 30 airports in the Asia-Pacific area in terms of weekly scheduled seat capacity and made a year-on-year comparison. 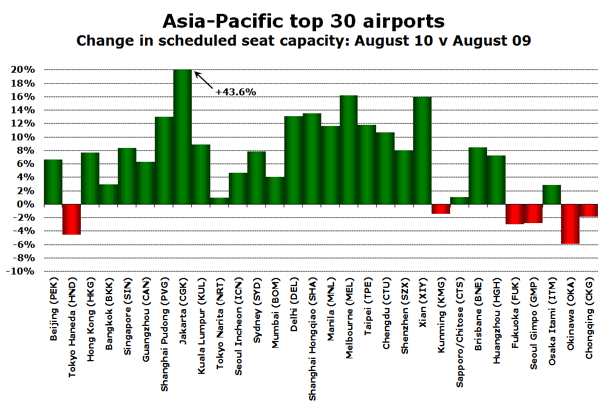 Since last year, Beijing has stormed past Tokyo Haneda to be the region’s busiest airport, with two other Chinese airports now ranked sixth and seventh in the region.

Jakarta probably not growing quite as fast as it appears

According to OAG data, the fastest growing airport in the region is Jakarta where reported capacity is up a phenomenal 44% compared with just one year ago.

Closer inspection of the data reveals that neither Batavia nor Mandala Airlines appear to have been providing OAG with schedule data last year so the growth is overstated. However, the fact that Lion Air, now the busiest carrier at the airport, has increased capacity by 73% is still extremely impressive.