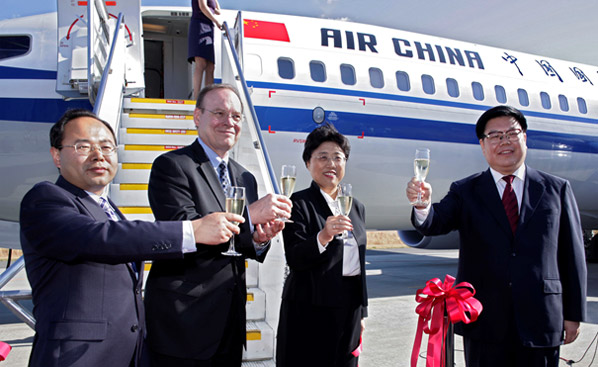 Boeing delivered its 800th aircraft to China on 20 July – a 737-800 to Air China. “The history of working together between Boeing and Air China dates back to 37 years ago. We have created a mutual benefit through our long-term partnership,” said Zhang Lan, Air China’s SVP Commercial. “Taking the delivery of the 800th Boeing airplane on behalf of all the Chinese airlines marks another significant moment in this great partnership.”

As July came to an end, Airbus had delivered 34 more aircraft in 2010 than its American competitor Boeing. Overall, July deliveries from the two companies were up by 33% compared to the same month last year. An entire five airlines (airberlin, Air China, China Eastern, China Southern and Qatar Airways) also took aircraft from both manufacturers in July. 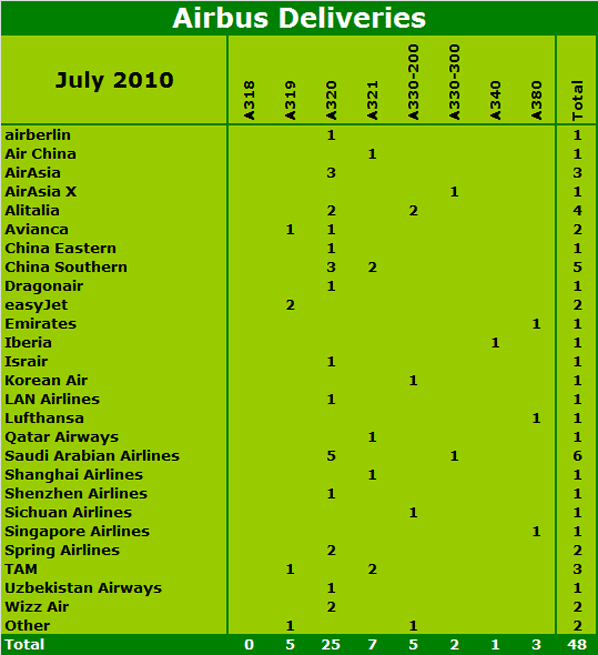 Saudi Arabian Airlines stands out with its entire six Airbus aircraft delivered. The five A320s are the beginning of the airline’s short haul renewal programme, which involves phasing out its MD90s.

Along with Saudi Arabian, which also had an A330-300 delivered, Alitalia was the only Airbus customer to have both narrow body and wide body aircraft delivered.

Whereas the single-most popular aircraft model usually is the 737-800 from competing Boeing, July saw the delivery of 25 A320s, three more than the American aircraft, making it the most delivered model in July. 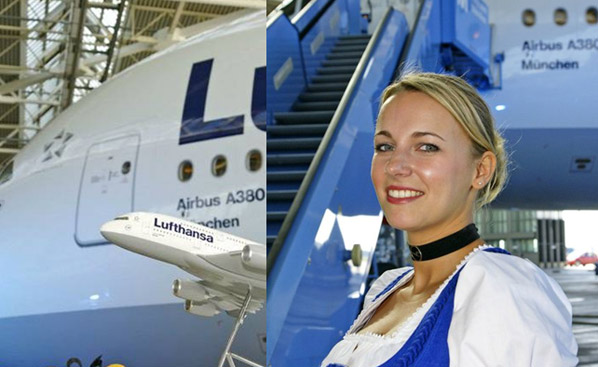 Airbus delivered Lufthansa’s second A380 on 16 July, taking the A380 in-service fleet to 33 aircraft. The aircraft was officially named ‘München’ at a special ceremony at Munich Airport on 28 July.

Three A380s were also delivered, compared to only one the month before. The two early operators Singapore Airlines and Emirates were joined by recent A380 customer Lufthansa, which received its second of the type, named München (Munich; the first was named Frankfurt). 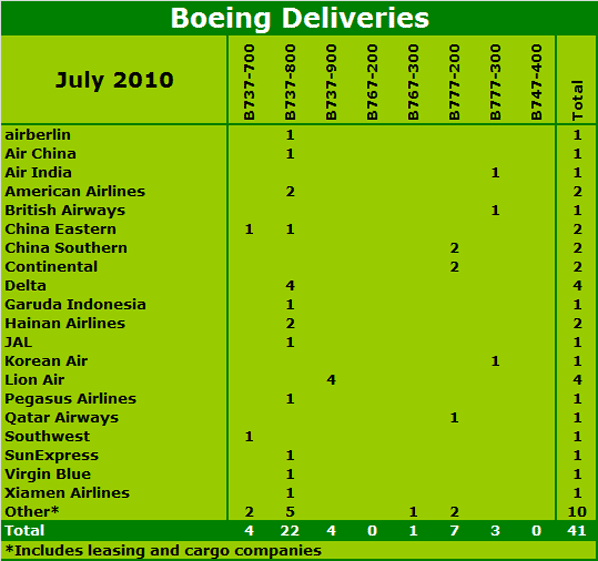 Notably, Ryanair took no aircraft in July, leaving it open for other airlines to compete for receiving the most Boeing aircraft. Joint ‘winners’ are Delta and Lion Air, which both took four aircraft each. The Indonesian low-cost carrier continues receiving deliveries of the rather unusual 737-900ER that it was the launch customer for.

There was also a more clear division between narrow body and wide body customers among Boeing’s clients in July, as no airline took delivery of both types.