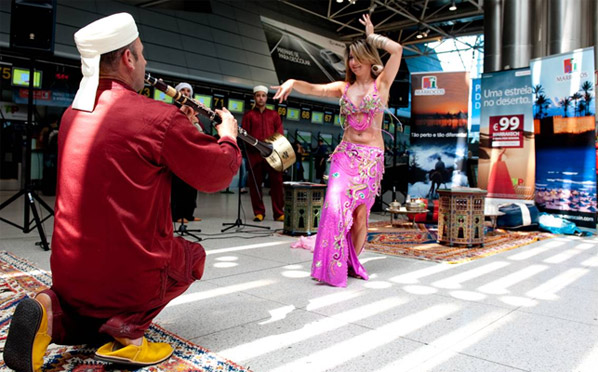 TAP Portugal has taken advantage of the growing Moroccan market and launched a route between Lisbon and Marrakech in June. The strongest growth has, however, been recorded in Fez, Nador and Tangier where Ryanair and Spanair have launched routes this spring.

Being on the periphery of Europe appears to be an advantage at the moment, at least when it comes to generating air travel (just look at Turkey). Morocco, in no small part thanks to its ‘open-skies’ deal with the European Union, is continuing to report impressive passenger traffic growth across its airports in 2010. In each of the last three months (May, June and July), traffic has grown by between 15% and 20%. Even in ‘volcanic April’, passenger numbers were up almost 8%. 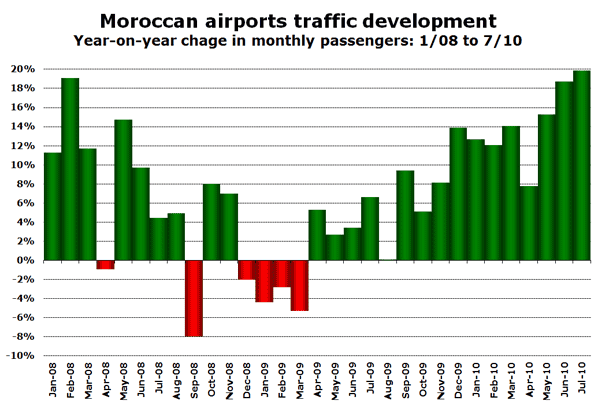 Casablanca remains the country’s dominant airport, accounting for just over 49% of all air passenger traffic in the first seven months of 2010. Passenger numbers have grown by 14.6% to just over four million. Overall, year-to-date growth across all airports is also, coincidentally, 14.6%. The fastest growing airports are Fez (39.2%), Nador (37.3%) and Tangier (21.8%), while the relative laggards are Agadir (+8.3%) and Rabat (-2.4%). New scheduled routes started this year include London Stansted to Fez (Ryanair since 4 May), Pisa to Fez (Ryanair since 7 April); Barcelona to Nador (Spanair since 18 April), and Brussels Charleroi to Nador (Ryanair since 9 April). 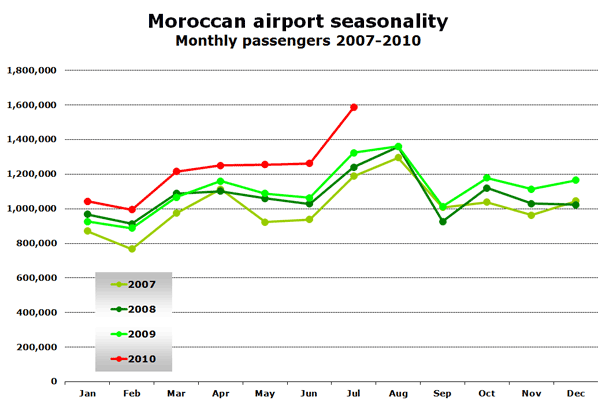 Normally there would be more of a spike in April, but the repercussions of the Icelandic volcano resulted in a curtailing of passenger flows as many flights were cancelled.