Delta to increase Raleigh-Durham network from 11 to 16 routes 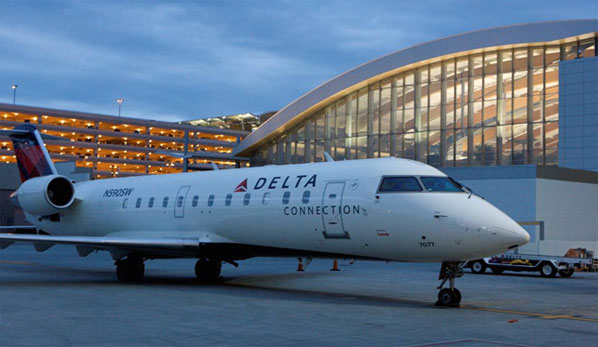 Delta’s expansion at Raleigh-Durham’s modern Terminal 2 means that the airline will boost its seat capacity at the airport by over 70% compared with the previous year. The five new routes launching in November will all be operated with Delta Connection regional jets.

Raleigh-Durham International Airport (RDU) in North Carolina has been targeted by Delta Air Lines for expansion. Starting on 1 November, the carrier will launch services to five new destinations; Columbus (daily), Hartford (twice daily), Orlando (three times daily), St. Louis (three times daily) and Tampa (twice daily). This will bring the number of airports served directly by Delta from RDU to 16. Southwest already serves the both Florida routes and St. Louis, while Delta will be the only carrier serving Columbus and Hartford from RDU. All flights will be operated by regional jets. “Raleigh-Durham is an important market for Delta, and we continue to focus on connecting the city to more destinations to meet customer demand for service,” said Jeff Robertson, Delta’s VP SkyMiles. “Today’s announcement builds on a strong history between Delta and the Raleigh-Durham community that spans 40 years.” RDU’s traffic peaked in 2000 when 10.4 million passengers passed through the airport. Last year, traffic was down 7.7% to 8.9 million with Southwest now the leading carrier at the airport, having recently overtaken American Airlines.

CSA Czech Airlines has revealed that it will axe five routes this winter as part of its network re-orientation programme. Apart from a domestic route to Brno on which it has a monopoly, the remaining four routes are all ones on which it faces considerable competition. In Germany, its route to Cologne/Bonn will be cancelled (it competes against Lufthansa’s LCC germanwings), as will its twice-daily service to Munich (where it competes with three times daily services from Lufthansa).

In the UK, the Manchester service has been competing with low-cost bmibaby and Jet2.com, while the twice-daily London Heathrow service is up against British Airways’ four daily flights. In addition, easyJet offers low-cost flights from Gatwick and Stansted, while Wizz Air operates daily from Luton. The axing of London and Manchester services means that CSA Czech Airlines will no longer offer any scheduled services to the UK and that all UK-Prague services will now be operated by low-cost airlines, with the exception of BA’s London Heathrow service.

The UK to Czech Republic market peaked in 2005 when 2.35 million passengers travelled between the two countries. Last year, the figure was just 1.52 million; a fall of 35% in just four years (Source: UK CAA). 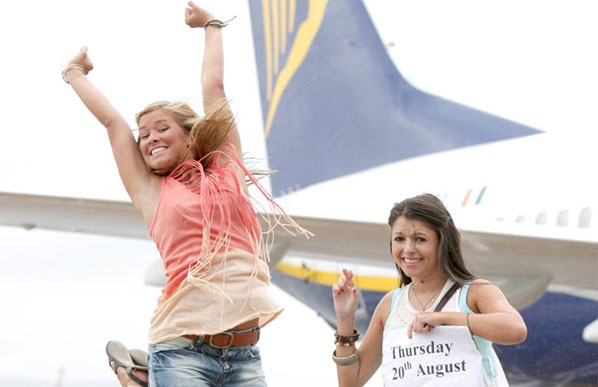 A year ago, Ryanair gave away free tickets to 100 Northern Irish students accepted to study at universities elsewhere in the UK, yet this year, the students will not be able to fly home for Christmas on the airline, as it shuts down its Belfast City base at the end of the summer season.

Ryanair has announced that it will remove its single aircraft from George Best Belfast City airport after a further delay was announced regarding a planned runway extension. Ryanair opened its single-aircraft base at the airport in October 2007 and has since started routes to East Midlands, Glasgow Prestwick, Liverpool, London Stansted and, most recently, Bristol. In 2009, these five routes generated 820,000 passengers (Source: UK CAA), or just over 31% of the airport’s total.

Ryanair’s Michael O’Leary said: “It is very disappointing that the promised runway extension at Belfast City Airport has still not materialised more than three years after we opened the base at Belfast City. It makes no sense for Ryanair to continue to invest in Belfast City, operating restricted routes with less than full payloads between Belfast and other UK airports (which suffer a double APD penalty) unless there is clear and immediate prospect of Ryanair being enabled to safely operate longer European routes from Belfast City Airport and for this we need the runway extension.”

In 2014/2015, the first phase of Zagreb’s new terminal is scheduled to be finished. The airport, which has managed to secure a number of new routes recently, is currently looking for a partner in the new terminal.

Croatia’s busiest airport (it handled just over two million passengers last year) has unveiled plans to build a new terminal. The government recently announced that it would issue a public tender to help find a strategic partner that will invest in the new terminal and associated infrastructure. Since the beginning of this year, Zagreb has seen the launch of a number of new services, including Croatia Airlines to Athens, germanwings to Hannover, Norwegian to Copenhagen and Spanair to Barcelona.

A major success for the airport has been to attract easyJet services. Flights to Paris CDG begin on 1 November and will be followed next February by a connection to easyJet’s biggest base at London Gatwick. Both routes will initially be operated four times weekly.

Manchester celebrates arrival of the A380 More than 10,000 spectators were at Manchester Airport on 1 September to see the arrival of Emirates’ A380. One of two daily services from Dubai to the city in northern England will from now on be on the superjumbo.