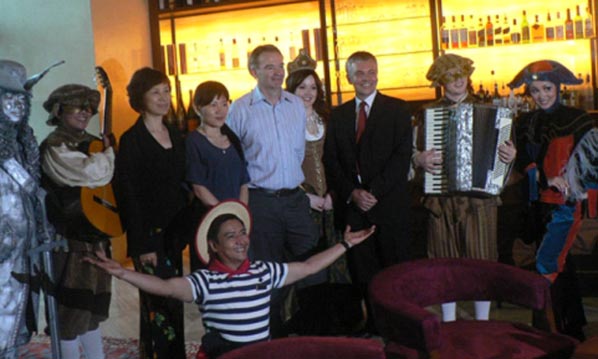 Indonesia’s Mandala Airlines first began operating as a state airline way back in 1969, but the airline as it is recognised today emerged after it was sold to private investors in 2006. One of its two co-owners is Indigo Partners, which also has a stake in Avianova, Spirit Airlines, Tiger Airways and Wizz Air. All of these are pure low-cost carriers operating exclusively Airbus aircraft and Mandala’s fleet currently consists of six 180-seat A320s and two 144-seat A319s. The airline has placed orders for 30 A320s that will be delivered between 2011 and 2014. 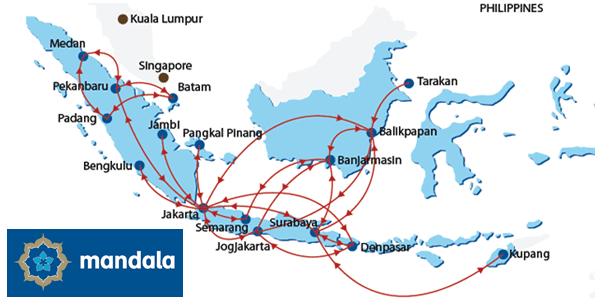 Mandala’s domestic routes remain the core of the airline’s network, however, as of this summer, it operates to three foreign airports.

Having previously operated purely domestic services in Indonesia, the airline began operating international flights for the first time earlier this summer. Singapore was the first destination (from Jakarta) in June, followed by Hong Kong and Macau in July. According to OAG data (and the airline’s own online booking tool), Mandala currently operates from 13 airports in Indonesia plus three foreign airports, making 16 in all. 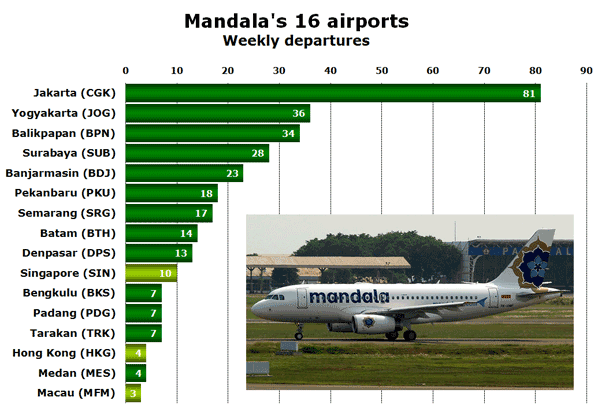