Would UK-Cyprus market benefit from Ryanair services? Demand has not grown since 2001 and fell by 8% last year 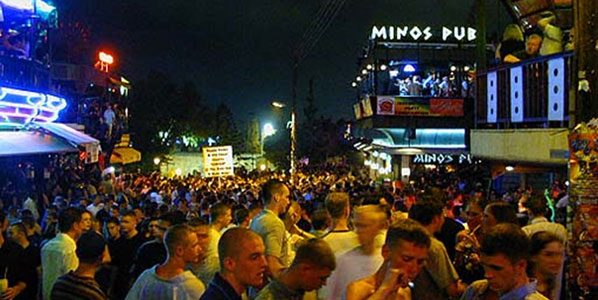 No space for more Britons in Cyprus? UK tour operators fear that Ryanair’s entry to the market would create overcapacity, but the market has not grown for almost a decade.

The UK travel media has this week reported that UK tour operators have been working hard to persuade Cypriot authorities not to induce Ryanair to enter the UK – Cyprus market as there is, allegedly, already sufficient capacity. This week, anna.aero has dug out the traffic statistics for the last 12 years to take a closer look at the actual figures.

Total annual demand has hovered around the three million mark between 2005 and 2008 before falling 8% last year. Charter traffic still accounts for 50% of air travel between the two countries, although this has fallen from over 70% in 2002. 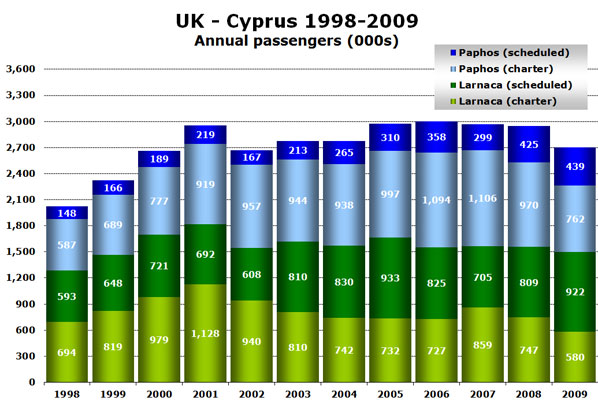 Paphos attracts a wide range of carriers from many UK airports during the peak summer period as summarised below:

So why has demand not grown in recent years? Is it that other destinations have become better value for holidaying Brits (non-EU Egypt and Turkey have boomed during the same period), or has there been a lack of investment in new tourism infrastructure?

Meanwhile, Ryanair has announced plans to serve Cyprus for the first time, but from Brussels Charleroi. Flights to Larnaca from the Belgian airport will begin in November.