The July 3 inauguration of Terminal 3 by Prime Minister Manmohan Singh and Sonia Gandhi.

Indira Gandhi International Airport serving Delhi recently overtook Mumbai airport to become the busiest in India. In 2009, the airport handled just over 25 million passengers, up 8.5% on the previous year. Since 2000, the airport has seen passenger numbers treble as a new generation of low-cost carriers emerged between 2003 and 2006, lowering fares and stimulating the demand for air travel across India. In July the airport opened its new third terminal, which it claims is the world’s eighth largest. It will welcome all of the international visitors coming to Delhi to attend the Commonwealth Games in October. 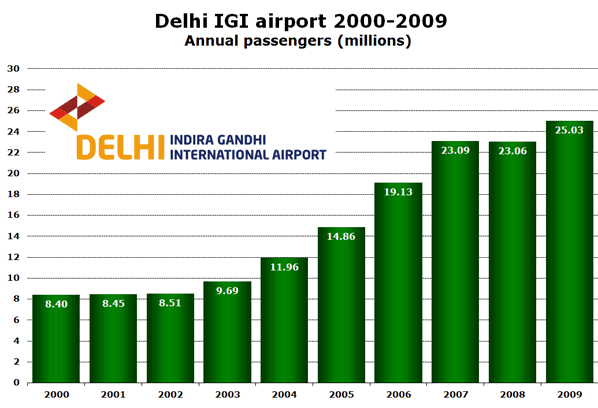 Three-way fight to be leading airline in Delhi

As the airport has grown, competition has increased and all of India’s major airlines have a significant presence at the airport. The private carriers Jet Airways and Kingfisher are close behind Indian Airlines in terms of weekly departures. If JetLite figures are added to Jet Airways and Air India and Indian Airlines are combined there is little to choose between the two leading carriers. 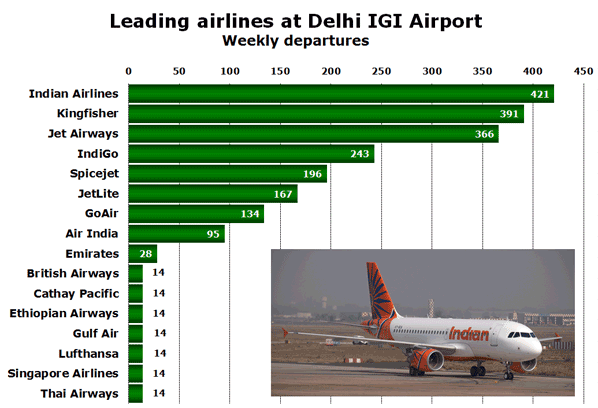 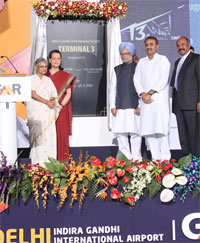 Low-cost carriers IndiGo, Spicejet and GoAir are all developing their networks and helping Indian airlines account for a dominant 86% of Delhi’s air traffic movements. A total of 60 carriers currently have scheduled operations at the airport led by Emirates (with four daily flights to Dubai) and several other carriers from Africa, Asia, Europe and the Middle East which each have two daily flights to their home hubs.

One of the more extraordinary aspects of Indian aviation is the level of competition on domestic routes, and also several international routes. Between Delhi and Mumbai for example OAG identifies the presence of nine separately branded Indian airlines. Apart from the eight leading Indian carriers in the graph above, there are also four weekly flights with Air India Express. On international routes, passengers have a choice of eight airlines to Kathmandu, six to Dubai and five each to Bangkok and London Heathrow. The London route now has a total of 45 weekly services split between British Airways (14), Air India (10), Jet Airways, Kingfisher and Virgin Atlantic (seven each).

The increased level of competition on many international routes has been down to Kingfisher, which since the beginning of 2010 has launched new routes to Bangkok, Dubai, Hong Kong, Kathmandu and London Heathrow. Other notable new international routes launched this year include Jet Airways to Doha (competing with Qatar Airways), and AirAsia X launching five times weekly flights to Kuala Lumpur in competition with Malaysia Airlines. At the start of the winter season, Air India is planning to change its one-stop Toronto service to non-stop, which will be the airport’s only Canadian flights. It will also begin non-stop flights to Melbourne, which will be the airport’s first non-stop flights to Australia.

New domestic options will be provided from the beginning of October by GoAir to Leh, Lucknow and Pune. These three routes are already served non-stop from Delhi by three, four and five airlines respectively. 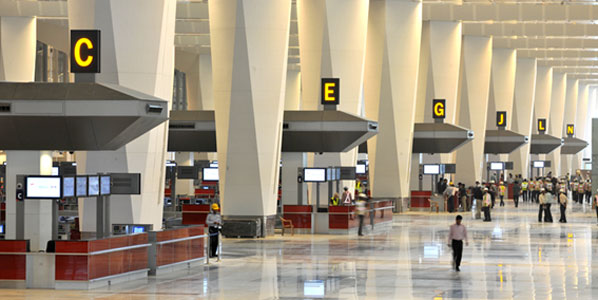