Never mind a cake – when Volaris turns up at your airport, you get a great big metal plaque. July marked the first anniversary of Volaris’ expansion into international services now connecting Los Angeles, Oakland/San Francisco and San José, CA with nine cities throughout Mexico.

Mexico’s Volaris launched in March 2006 and established itself as a leading player in the Mexican domestic market within two years. After growing quickly, it has now consolidated its position in the market with around 13-14% of domestic traffic. However, given Mexicana’s recent collapse it is likely to see its share of the market grow even without adding any additional capacity. Mexicana, MexicanaClick and Mexicana Link combined accounted for around 27% of the domestic market in July. 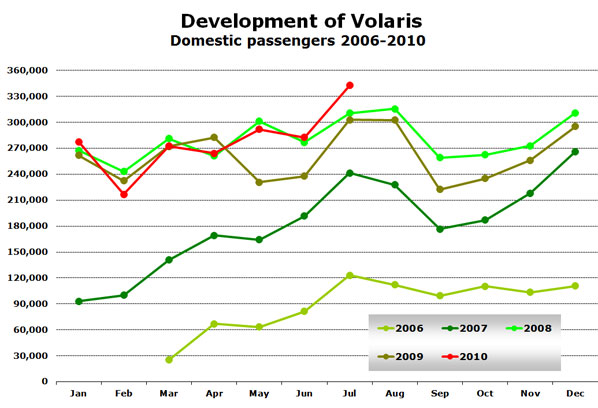 July saw Volaris break its previous domestic passenger record (set last August) when it carried over 340,000 passengers on its fleet of 21 144-seat A319s and two 174-seat A320s. In addition, it flew 48,155 passengers on international routes to Los Angeles, Oakland and San José in California. 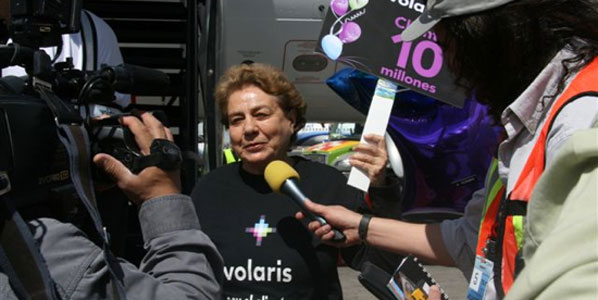 Volaris was set up at Toluca, a secondary airport for Mexico City, where in February the airline celebrated its 10 millionth passenger – Elena Zacarías wins the right to fly systemwide on Volaris for six months. 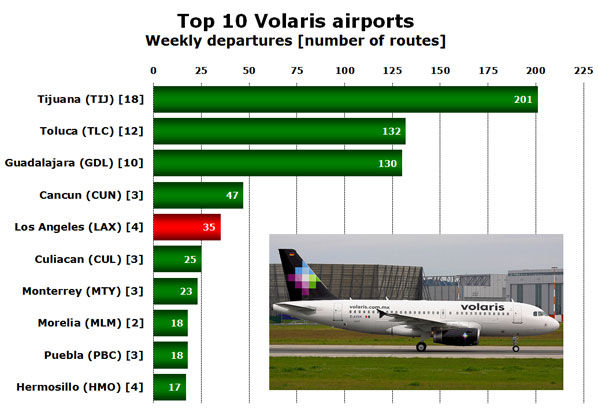 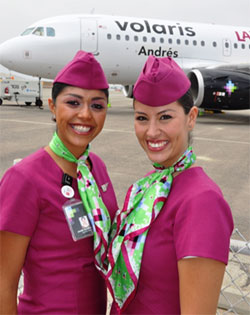 The airline was set up to take advantage of Toluca airport, a secondary airport serving Mexico City. It also developed a major presence at Tijuana airport, which has now become the carrier’s biggest base of operation, ahead of Toluca and Guadalajara. At Tijuana, it is the busiest carrier with over 50% of scheduled seat capacity. Los Angeles (in red) is already ranked fifth as it is served from four Mexican airports, with Guadalajara being connected with three daily flights.

Volaris now operates some 800 weekly departures across a network of 27 airports, of which 24 are in Mexico and three are in the US. Services to Mexico City began earlier this year when the carrier launched flights from Tijuana, a route that is now served twice daily. Last week saw the launch of a second route to Mexico City, this time from Morelia. anna.aero will be watching closely to see if the airline seizes the opportunity to grab further slots at Mexico City to start more new routes.