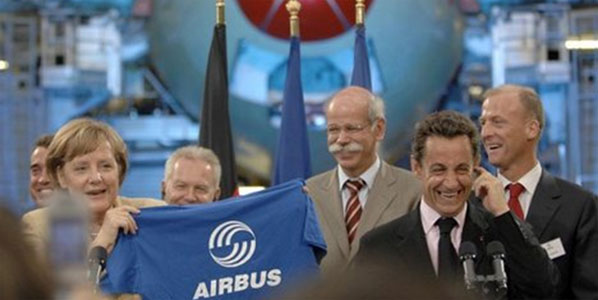 The new Air France route between Toulouse and Hamburg provides an additional link between the two biggest sites of EADS, the parent company of Airbus. The route is already served four times weekly by Lufthansa’s low-cost subsidiary germanwings.

Air France has announced plans to add two new German routes to its predominantly domestic network in Toulouse. Up until now, the only international routes operated by the French flag carrier have been Milan Malpensa and Rome Fiumicino (a route that easyJet has just begun operating this week).

From 1 November, it will start daily flights to Düsseldorf, a destination no other carrier serves from Toulouse, using a 50-seat Embraer 145 operated by Air France subsidiary Régional. The same day will see Brit Air, another Air France subsidiary, begin six times weekly flights to Hamburg using a 72-seat CRJ700. This route is already served four times weekly by Lufthansa’s own low-cost subsidiary germanwings. Lufthansa itself operates multiple daily services from Toulouse to its two bases in Frankfurt and Munich, while OLT operates five weekly flights to Bremen.

Toulouse and Hamburg are the two biggest sites of EADS, the parent company of Airbus.