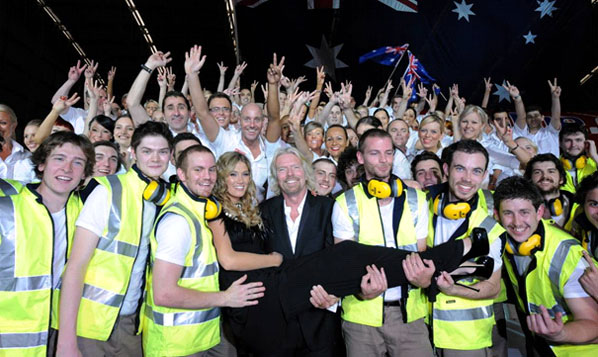 A beneficiary of the growing Australian market is Virgin Blue, which celebrated its 10th anniversary on 12 September. Sir Richard Branson himself is here seen with singer Delta Goodrem, dancers the Tap Dogs and crew.

Since January, Australia’s domestic air travel market has reported solid growth of around 6%, although it is worth noting that during the same period in 2009, traffic was down slightly as a result of the global economy. Overall, traffic levels are well above those of 2008. Since last September, international passenger numbers have been reporting year-on-year growth of over 9% except for April and May. This corresponds with the periods when Europe was struggling to cope with the fallout from the Icelandic volcanic ash. While Iceland is a very, very long way from Australia, Europe is a key international market and so some impact is likely to have been felt, even on the other side of the globe. 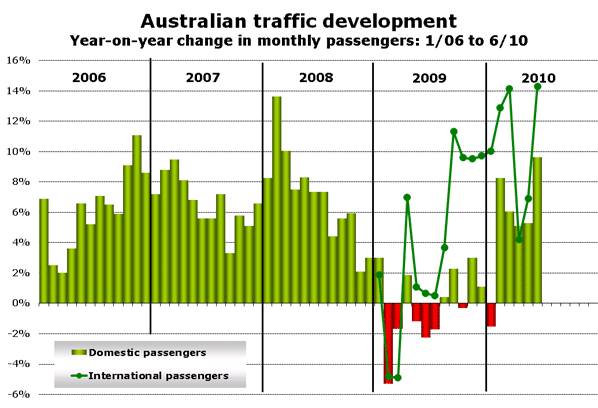