Senior SpiceJet executives at Madurai for the launch of Chennai services: Bhulo Kansagra, Director, Kishore Gupta, Director and Interim CEO and Samyukth Sridharan CCO. The ribbon cutting at the new, 20th destination. The cake says “Proud to be in Madurai.”

For many airlines a fifth birthday is a significant milestone well worth celebrating, but in India it has special significance as it marks the moment when an airline can start operating international services. SpiceJet passed this milestone back in May but has waited until recently to reveal its first international routes; Delhi to Kathmandu, and Chennai to Colombo, both starting early next month. During the last 12 months the airline has carried just over six million passengers, while in the first half of 2010 passenger numbers have risen year-on-year by 25% to 3.2 million, with an average load factor of 83%. 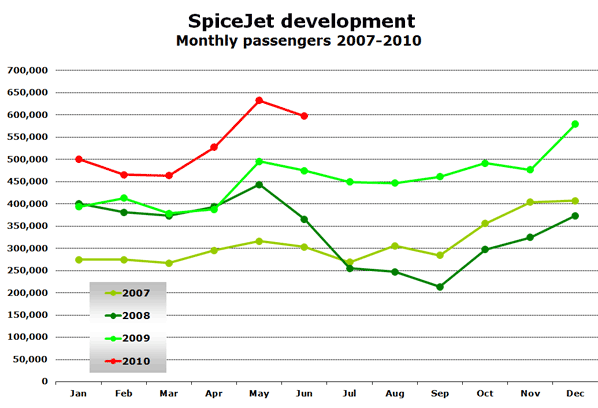 The airline’s two busiest bases are at the country’s two busiest airports in Delhi and Mumbai. In all SpiceJet currently operates just over 1,000 weekly departures based on 147 daily flights from 20 Indian airports, with Colombo (Sri Lanka) and Kathmandu (Nepal) to be added next month. 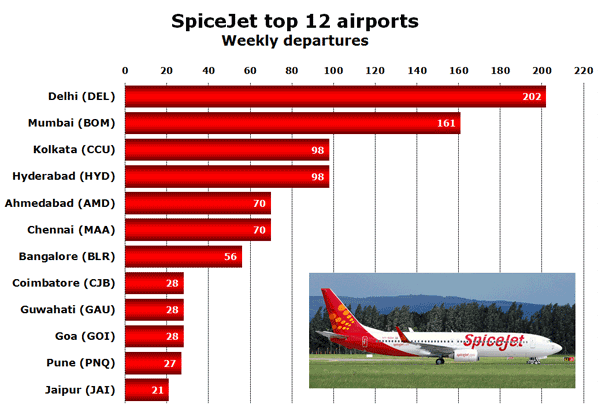 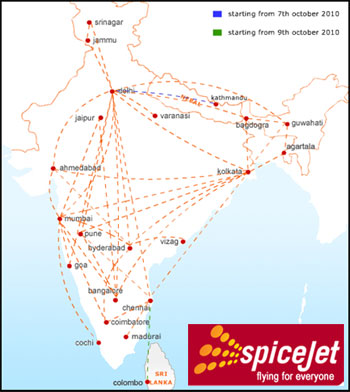 The airline currently operates a total of 42 domestic routes. New routes to have started this year are from both Kolkata and Guwahati to Agartala, and between Chennai and Madurai, which started this week.

Colombo and Kathmandu routes will be highly competitive