The great global LCC network strategy comparison; 11 of the world’s best analysed and compared with two years ago 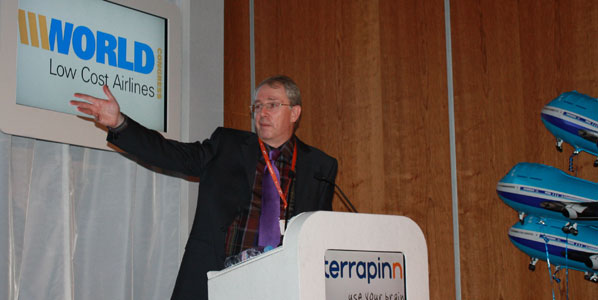 This article is based on anna.aero editor Ralph Anker’s presentation to the World Low Cost Airlines Congress 2010 in London 30 September. If you want more analysis, you can download Ralph’s full presentation here.

Two years ago anna.aero undertook its first network comparison of 10 of the world’s leading low-cost airlines. So how have these leading carriers developed their networks since then? This week anna.aero takes a closer look at 11 of the world’s most successful LCCs. These carriers are:

Although India and Mexico have their fair share of LCCs none of them, in our opinion, have yet truly established themselves as long-term survivors in the same way that the above 11 have.

The very different network strategies behind new low cost airline routes. Featured 2010 launches – Southwest is first into Northwest Florida Beaches in May, Ryanair launches its Malaga base in June, and Air Arabia Egypt begins flying between Alexandria and Abu Dhabi in July. In April the Maltese-baked easyJet Malta-Milan cake took an overwhelming 56% in anna.aero’s Cake of the Week reader poll to celebrate the 150 new routes which marked the start of the summer season.

Southwest has the highest average route frequency of any of the LCCs studied. It operates flights predominantly on fairly dense city pairs where multiple daily frequencies are feasible. Its average weekly frequency on routes across its network is the equivalent of well over three daily flights. No route is operated less than daily while between Dallas Love Field and Houston Hobby Southwest operates around 160 weekly departures, or more than 22 daily flights. 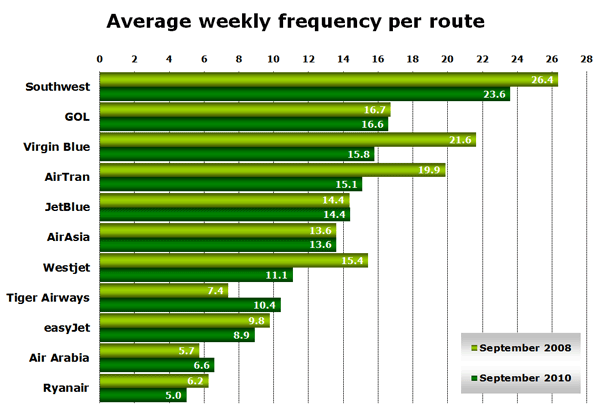 At the bottom of this ranking comes Ryanair who average just five weekly flights on each route. Just one of the over 1,000 routes it operates is served with more than four daily flights and that is the London Stansted to Dublin route which currently has 44 weekly departures. The airline now operates over 250 routes with just one or two frequencies per week.

Air Arabia and GOL at opposite ends of sector length rankings 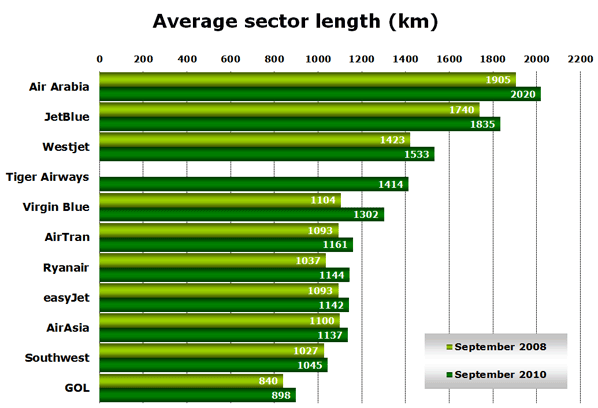 GOL’s short average sector length is influenced by the fact that its busiest route (198 weekly departures) between Sao Paulo (Congonhas) and Rio De Janeiro (Santos Dumont) is just 366 kilometres. The airline is also happy to promote journeys on its network that require several stops and possible aircraft changes. Air Arabia operates seven routes from its Sharjah base that are over 3,000 kilometres, led by Chittagong (3,696 km), Nairobi, Dhaka, Kiev and Istanbul.

In just two years Ryanair’s network has grown by 400 routes from 629 to 1028. Given that many routes have been dropped the airline has started well in excess of 500 new routes in this period. easyJet has almost caught Southwest by increasing the size of its network by around 25% in two years. 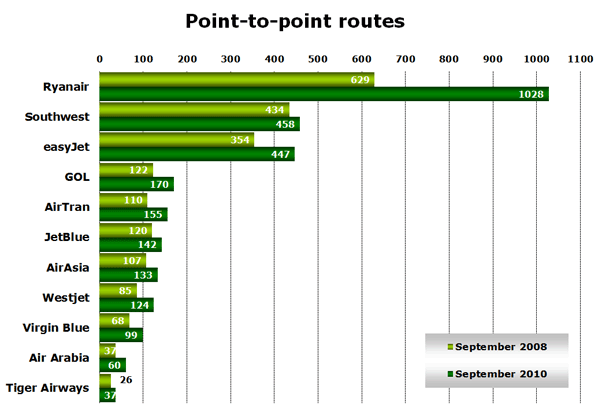 Air Arabia has grown its network by 62% (almost the same as Ryanair), while Southwest (+5.5%) and JetBlue (+18.3%) have been the most conservative in their network growth.

Europe’s two largest LCCs are also the leaders when it comes to finding viable airports to operate from. Ryanair’s network has now passed the 150 airport mark, but has only seen a net gain of 13 airports in the last two years. easyJet has grown by 19 airports while WestJet has added 24 airports (mostly outside of Canada) and Air Arabia has added 19, mostly in Europe thanks to its Moroccan subsidiary. 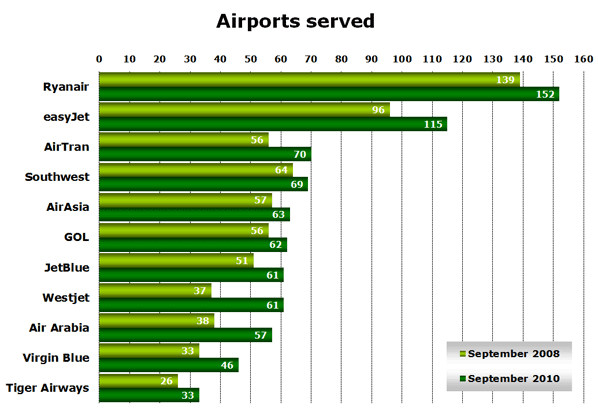 Southwest, in almost 40 years of profitable operations, currently operates from just 69 airports in the US. This will change once it completes its acquisition of local rival AirTran.

Two years ago Southwest operated almost three times as many weekly flights as Ryanair. Now the ratio is much closer to 2:1 as Southwest has actually marginally reduced the number of flights it operates. In percentage terms Air Arabia has grown fastest in terms of weekly departures (greater than 80%) thanks to launching two subsidiaries in Morocco (May 2009) and Egypt (June 2010). 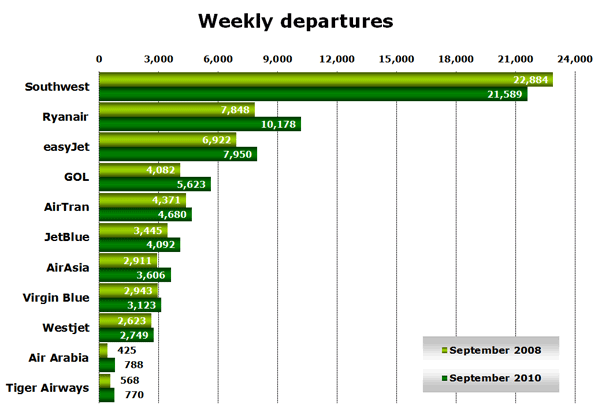