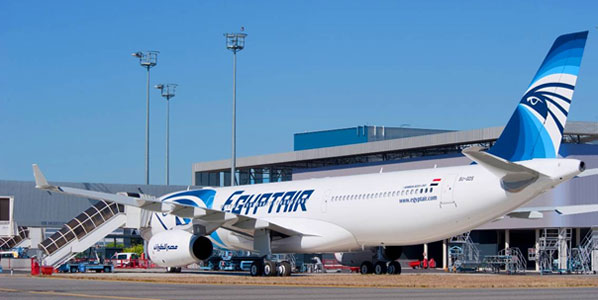 In August, EgyptAir took delivery of its first A330-300. The 301-seat aircraft, which features wifi and mobile phone reception onboard, was flown from Toulouse to Cairo by Alaa Ashour, the chairman and CEO of EgyptAir, himself. (Photo: Airbus/H. Goussé)

During the two months of August and September, Boeing fought back against Airbus in the delivery race and delivered one aircraft more than the European manufacturer; 83 aircraft against 82. While the American company only delivered a fraction of the widebody aircraft produced by Airbus, its popular narrowbody aircraft made up for the difference. 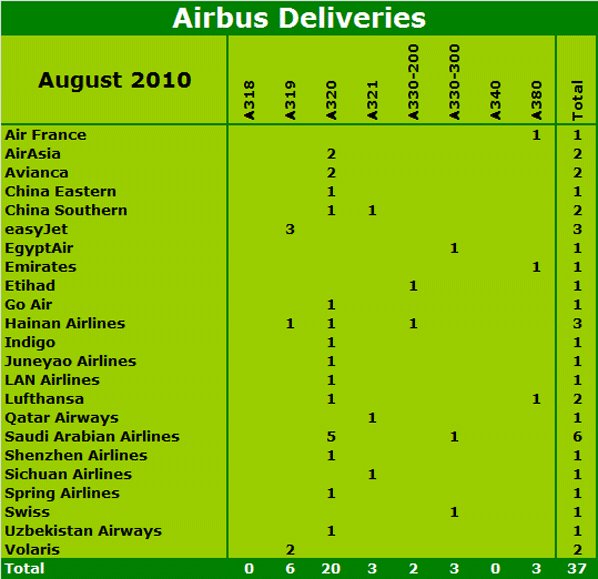 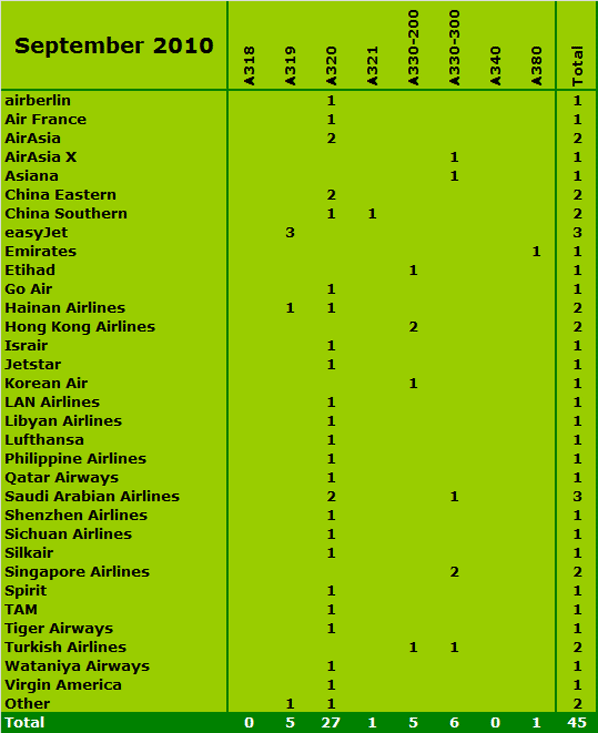 Saudi Arabian Airlines continued its rapid fleet modernisation programme and had six aircraft delivered in August and three in September. Another major delivery is that to easyJet, which took six new A319s, three in each month.

Libyan Airlines took its first own A320 in September, having previously leased aircraft of the same type from Tunisia’s Nouvelair.

Four A380s were delivered in the two-month period. Two went to Emirates, while Air France and Lufthansa received once each. 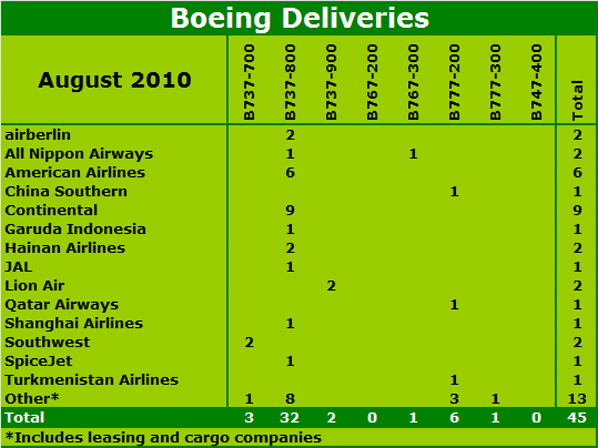 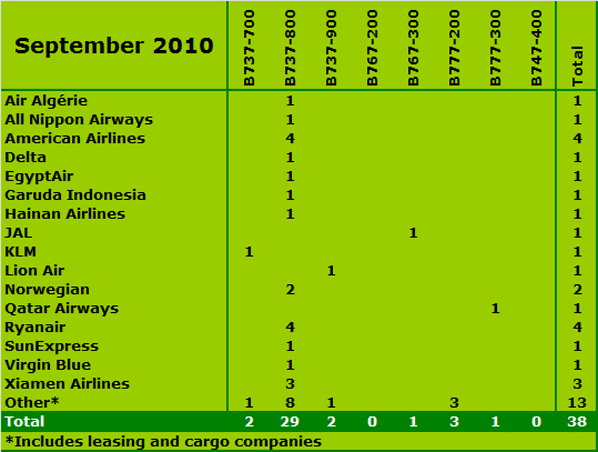 Fewer airlines took delivery of Boeing aircraft. Instead, Boeing fulfilled large orders to a limited number of airlines. In particular Continental Airlines and American Airlines saw the arrival of a number of aircraft. The Star Alliance member took nine aircraft in August, while oneworld’s American took 10 aircraft, six in August and four in September. Notably, these deliveries are all for 737-800s. Ryanair also took four aircraft of the type in September, when Xiamen Airlines took three.

Southwest and KLM were the only airlines to take delivery of 737-700s, with the exception of the US Navy, which had -700C aircraft delivered.

Turkmenistan Airlines took delivery of its first 777-200LR , however, the aircraft is intended for the Turkmenistan government’s use and is not scheduled to operate commercial services.