flydubai adds Armenia and another route to Iraq; 26 routes but still only 5% of capacity at Dubai airport 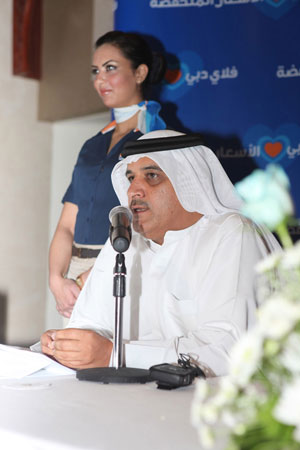 The CEO of fast-growing flydubai, Ghaith al Ghaith, announced another two new routes – Yerevan and Sulaimaniyah, which will follow the airline’s soon-to-be-launched two Russian destinations, Ekaterinburg and Samara. By the end of November, flydubai – which only launched operations last summer – will operate 26 routes.

Dubai-based flydubai only began its first route on 1 June 2009, but in its first year of operation the carrier transported more than 750,000 passengers across a network of 16 destinations. Since then, additional new routes have been started to Lucknow (India), Istanbul (Turkey), Latakia (Syria), Karachi (Pakistan), Colombo (Sri Lanka) and Erbil (Iraq). In the next two weeks, the 23rd and 24th destinations will be added to Ekaterinburg and Samara (both in Russia). The Ekaterinburg service will be the airline’s longest, clocking in at a daunting five and a quarter hours.

This week, the carrier revealed that Yerevan in Armenia (from 21 November), and Sulaimaniyah in Iraq (from 24 November) would become the 25th and 26th routes in the airline’s network from next month. At the beginning of October, flydubai accounted for 5% of seat capacity at Dubai airport.

flydubai’s CEO Ghaith Al Ghaith said: “Our two new destinations are both to incredibly important markets for flydubai. Sulaimaniyah is our second route in Iraqi Kurdistan, following on from the start of flights to Erbil in August. The service to the Armenian capital Yerevan is a totally new market for us, but similarly, a very important one. As a city Yerevan has a long history, being inhabited from the 8th century BC, meaning there is thousands of years of history to be explored and discovered, while the modern city has much to offer too,” he added. “The service to Sulaimaniyah underlines flydubai’s commitment and confidence in the country of Iraq, which has attracted a lot of investment from the UAE, helping grow trade links and cement ties between the two nations.”