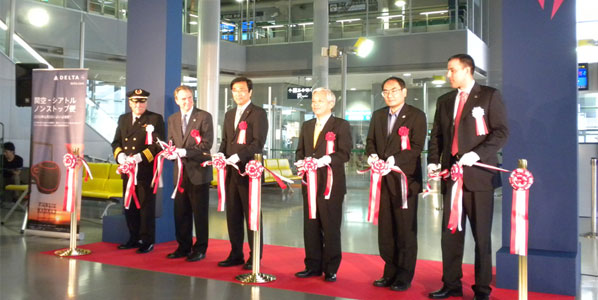 With demand for air travel within the US showing only marginal growth in 2010 (up 0.7% in the first half of the year to just over 305 million – still 9% down on the peak achieved in 2007), it seems that airlines are increasingly looking at international routes for traffic growth. In the first six months of 2010 US airlines carried 4.3% more international passengers, despite capacity (ASMs) falling 1.7% as load factor climbed 4.7 percentage points to 80.2%. (Source: US BTS) In June, the latest month for which data is available, passenger numbers grew year-on-year by 8.3% as average load factor reached almost 86%.

The top three country markets from the US are Canada, the United Kingdom and Mexico. Of the top 12 country markets four (Italy, Japan, Mexico and Puerto Rico) have seen a reduction in capacity compared with last October. The fastest-growing of the major international markets is China which has seen capacity grow by over 20%, followed by the UK (+17%) and Korea (+12%). 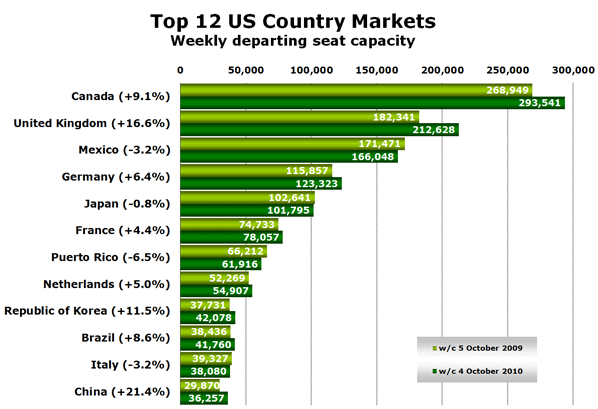 In the UK market there have also been relatively few new services. British Airways started Las Vegas flights from London Heathrow while United’s Denver service to London Heathrow now operates for more of the year. Much of the increased capacity has come from additional daily flights on existing services or the introduction of larger aircraft on routes. While capacity is up 17% the number of flights has increased a more modest 12%.

A comparison of the top 12 airlines involved in international flights to and from the US reveals that all of them have increased capacity on a year-over-year basis. The ‘new’ Delta has gained ground slightly on American while Continental has passed United. However, after Continental and United merge the ‘new’ United will become the largest airline in this market. 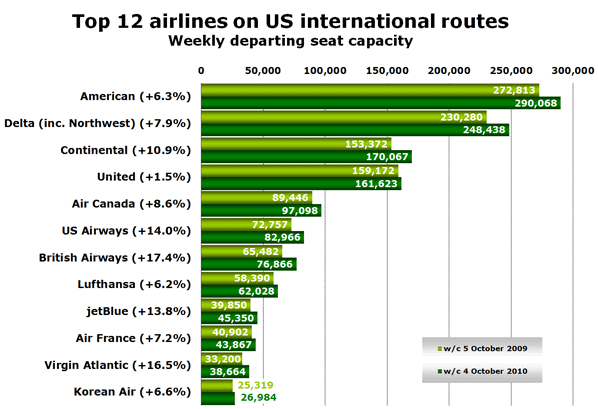 Among non-US carriers Air Canada leads British Airways and Lufthansa. Last year, now defunct Mexicana ranked in eleventh place. The fastest-growth among the leading carriers is reported by Virgin Atlantic and British Airways, ahead of US Airways and jetBlue. With no long-haul aircraft jetBlue’s position is achieved thanks to serving the Dominican Republic, Mexico and other Caribbean destinations.