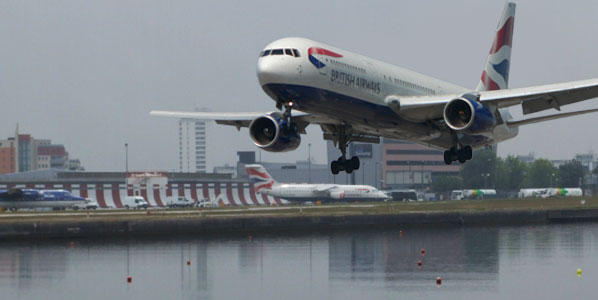 As BA launches London City-Stockholm Arlanda, it will compete internally with its existing Heathrow services. An indicator of the demand between the city pairs is that the airline already uses 767s (although, rather expectedly, from Heathrow).

British Airways continues to develop its route network out of London City Airport with the announcement this week that it will start double-daily flights to Stockholm’s main Arlanda airport from 9 January 2011 using an Embraer E190. This means that the carrier enters the market before the Swedish regional airline NextJet, which was planning to launch London City services from Stockholm’s city airport Bromma this autumn, but postponed the launch to an unspecified date.

Notably, BA has scheduled its flights so that the aircraft appears to be based at Arlanda rather than London City. The question remains what happens to the aircraft at Arlanda between the two daily rotations.

The London – Stockholm air travel market peaked as long ago as 2000 when just over 1.4 million passengers travelled between the two capital cities. Since 1998, the only constants have been Heathrow services to Arlanda (operated by British Airways and SAS) and Stansted services to Skavsta (operated by Ryanair). Gatwick services have been erratic and London Luton airport seems not to have had any significant service during this period. 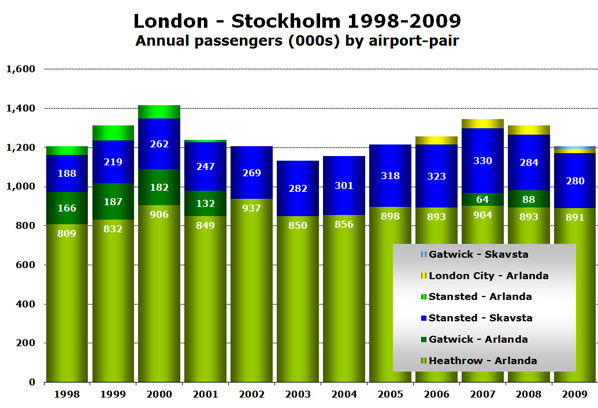 SAS has in recent years operated double-daily flights from London City to Stockholm Arlanda, but these were terminated during the summer of 2009, leaving an opening for British Airways.

After several years without a connection, London Gatwick was re-connected with Stockholm when Copenhagen-based LCC Sterling began flights in March 2007. Unfortunately, these ended when the airline collapsed at the end of October 2008. However, earlier this year (on 29 April), Norwegian began low-cost flights on the route. Last November, Gatwick had become re-connected to Stockholm thanks to Ryanair introducing flights to Stockholm Skavsta, complementing its London Stansted flights.

With the launch of BA’s London City flights next year, there will then be more options for passengers wishing to travel between London and Stockholm than ever before.