International traffic to Japan down 16% from 2007 levels; but airlines queuing up to access Tokyo Haneda this winter 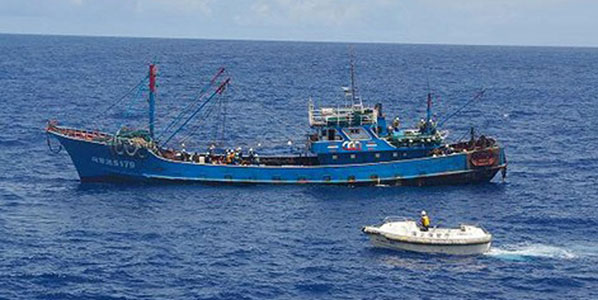 All because of a boat. Japanese traffic is down this summer and it can be expected that international traffic continues to fall as reports on the recent political tension between Japan and China suggest that more than 11,000 passengers have cancelled their JAL and ANA tickets to China. The dispute involves Senkaku Islands, where this Chinese fishing boat was caught by the Japan Coast Guard.

Latest traffic data from Japan’s two dominant carriers (ANA and JAL) and the Japanese Ministry for Land, Infrastructure, Tourism and Transport shows that domestic and international passenger numbers were down in both July and August. The apparent surge in international demand previously this year can be explained by examining data for the same period in 2009 when demand fell by more than 15% in both May and June. If compared with data for 2008, international traffic in June was still down 13%, the same as in April and slightly worse than May (-11%). In the second half of 2010, it now becomes necessary to go back three years (2007) to find data that can be considered pre-economic recession. 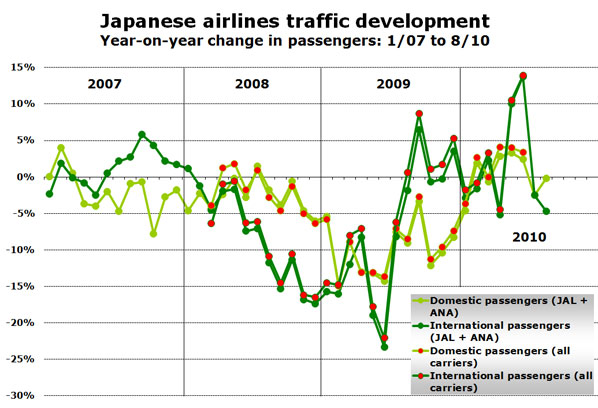 It was recently announced that ANA would be joining Hong Kong-based First Eastern Investment Group in a joint venture to create a new low-cost carrier. Mango Aviation Partners, a UK-based consultancy set up by former managers at Go (the former UK LCC set-up by British Airways which operated between 1998 and 2002), will provide expertise for the new airline which is expected to operate both domestic and international services from the (not very low-cost) Osaka Kansai airport, built on a man-made island in Osaka Bay.

From the start of the winter season, several carriers will begin new international services to Tokyo’s more convenient Haneda airport. Last winter, the only international markets that were served non-stop from Haneda were China (Beijing and Shanghai), Hong Kong, and Korea (Seoul). A summary of the already announced new services is provided in the following table.