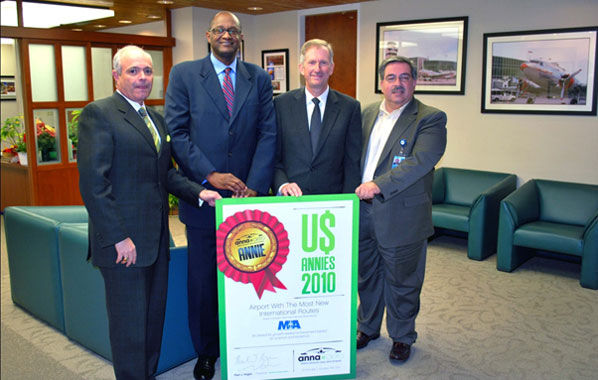 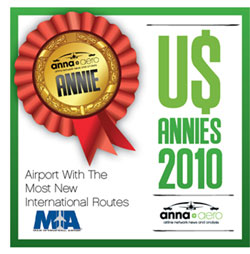 Miami International Airport’s top management celebrated its 2010 U$ ANNIE prize for The Airport With The Most New International Routes with a record metre-sized version of the award.

“As you say in the UK: JUST BRILLIANT!” said an excited Chris Mangos, MIA’s marketing division director, on receiving the award. “Thanks for the honors and for the continued great support of MIA’s accomplishments in air service.”

“We are an airport that keeps on ticking, there will be more news coming in 2011!” promises Mangos.