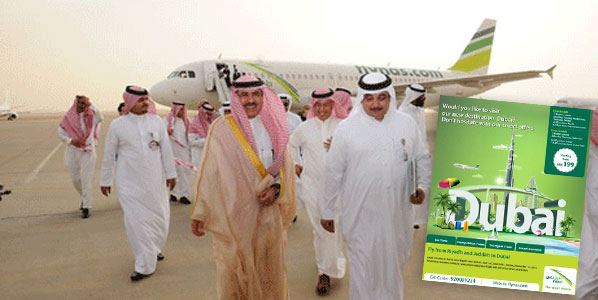 Nas Air has placed aircraft orders that almost treble its fleet, a fact that might come in handy now that the airline has been left as Saudi Arabia’s only LCC. The airline is currently growing in the Indian market and neighbouring UAE.

Back in February 2007, Nas Air became the first Saudi Arabian low-cost carrier to launch services, beating its rival Sama into the air by one month. Since Sama’s demise in August, however, Nas Air is now the only LCC based in the country (and not to be confused with Eritrean-based Nasair). After initially operating purely domestic routes, the carrier now has a growing network of international destinations (it started serving Kozhikode in India this week) with Dubai the next new route, served from both Riyadh and Jeddah, starting on 1 November. 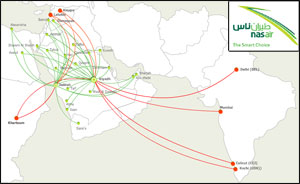 With the growth in international services, Nas Air now operates more weekly seats across its 29 international routes than it does on domestic services. A total of 16 international destinations are served in nine countries by Nas Air from Saudi Arabia; Egypt, India, Jordan, Kuwait, Lebanon, Sudan, Syria, UAE and Yemen. New routes to have started in 2010 include Aleppo, Latakia, Khartoum, Kochi, Mumbai and Sharm El-Sheikh.

Only one domestic route served more than twice each day

In the domestic market, only one route, the major trunk route Jeddah-Riyadh, is served more than twice daily. At present, the airline operates 39 weekly departures between the two cities, considerably less than Saudi Arabian’s 103 weekly flights that are also operated with much larger capacity aircraft. (Source: OAG Max Online for w/c 4 October 2010) 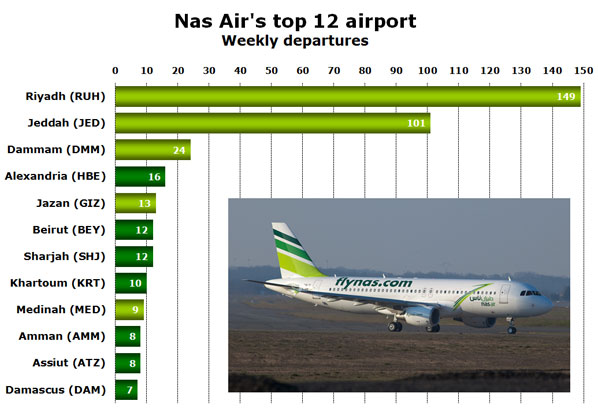