jetBlue, the second-largest airline in the Dominican Republic, launched flights to Punta Cana from both New York JFK and Boston in May this year. The airline now serves all four main airports in the Caribbean nation. 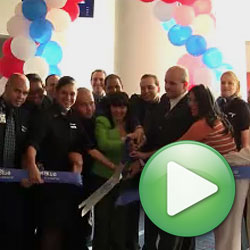 The Dominican Republic, located in the Caribbean, occupies the eastern two-thirds of the island of Hispaniola, with Haiti occupying the remainder. With a population of around 10 million people, it is the second-largest Caribbean nation after Cuba. The country is served by four main airports at Punta Cana (PUJ), Santo Domingo (SDQ), Puerto Plata (POP) and Santiago (STI). In 2008, these four airports handled around nine million passengers in total, with Punta Cana the busiest (3.8 million), followed by Santo Domingo (3.0 million). Traffic peaks occur both in the summer and winter months thanks to the all year round warm climate, which attracts North Americans and Europeans looking to escape the cold winters. 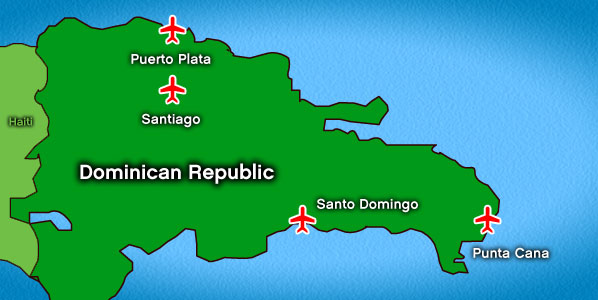 Examining scheduled capacity data for last March (a peak month) reveals the dominance of US carriers at the country’s airports. Five of the top seven airlines are based in the US and the leading non-US carrier, Skyservice of Canada, sadly ceased operating at the end of last March. 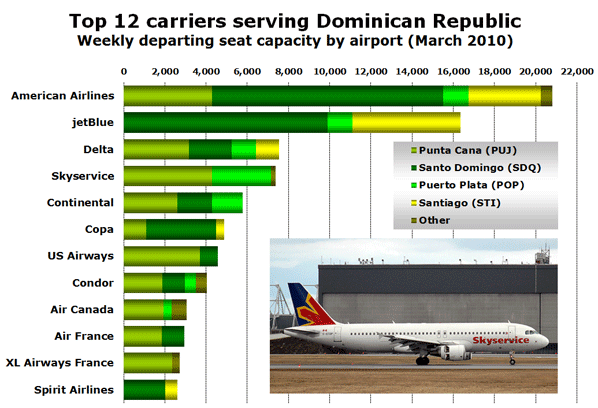 Since then, jetBlue has added flights to Punta Cana with new daily services from New York JFK and a twice-weekly service from Boston, both in May. 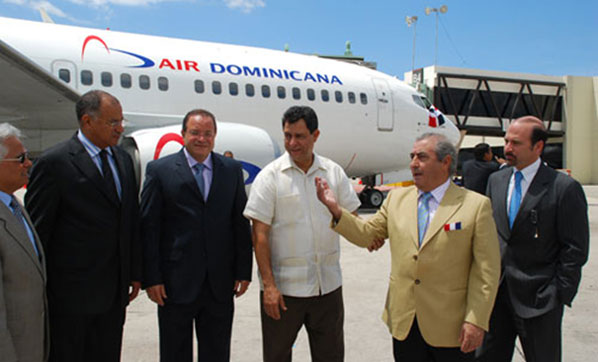 As the Dominican Republic greatly depends on inbound international tourism, attempts have been made to form an own national airline. The most recent attempt, Air Dominicana, was short-lived and never even took to the skies.

Several new services will be starting to the Dominican Republic this winter, predominantly to Punta Cana. 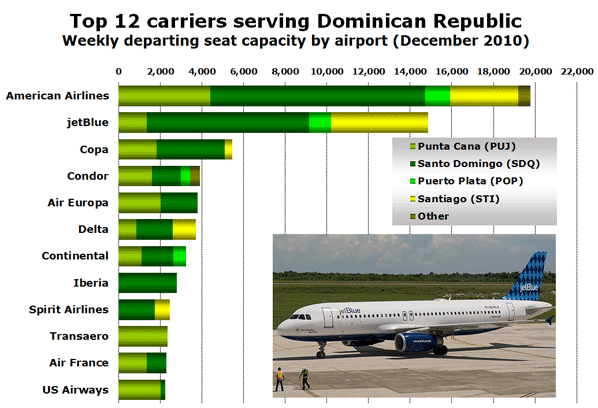