Route of the Week:
flydubai’s Dubai to Samara Cake of the Week:
Allegiant Air’s Las Vegas to Minot When Allegiant arrived in Minot, the casino theme was on. Cookies were made to look like poker chips with the Allegiant logo in the middle. Airport director Andrew Solsvig told anna.aero: “They were sugar cookies with cake frosting and a poker chip decoration. We thought it would be fun to celebrate the direct service to Las Vegas. They were delicious!” Speaking to the gathered passengers and press, City of Minot’s Mayor Curt Zimbelman welcomed the airline. Transavia.com’s first flight from Marseille to Monastir boasted 180 passengers – a 97% load factor. The two weekly flights will compete with Tunisair. 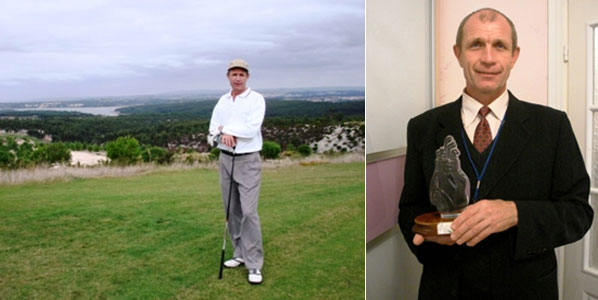 Avianova captain Vyacheslav Kostenov won the industry golf tournament Passarola Golf Cup 2010 held at the golf courses Praia del Rey and Bom Sucesso in Portugal. It was a close race against the runner-up, TAP Portugal's Jose Mendos, and only the Russian A320 pilot's last putt made him the winner.