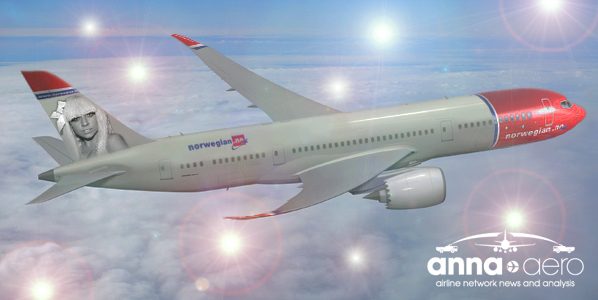 Heading for the Big Apple – an anna.aero computer simulation of what the Norwegian 787 might look like with a famous New Yorker tail.

anna.aero jumped at an opportunity to ask Norwegian’s chief commercial officer, Daniel Skjeldam, three key network development-related questions about this week’s announcement that it will lease two 787 Dreamliners from autumn 2012. We also note that the airline is in negotiations to secure further 4-6 aircraft of the same type.

anna.aero: “Irrespective of whether the long haul operations begin next year, or when the 787s arrive in late 2012, will you start with only one base, or will operations be split between Oslo and Stockholm from the start? If one base initially, when do you foresee that it will be selected?”

Skjeldam: “We have flights from Oslo, Stockholm and Copenhagen on our radar.”

anna.aero: “If New York and Bangkok are still intended to be the first two destinations, what kind of frequency split will there be between the two – and has a New York airport been selected?

Skjeldam: “We have not disclosed any further information on what the network will be, but both BKK and NYC are points which will be high on our agenda for the initial phase.

anna.aero: “Will you offer American Hershey bars or Norwegian Smash bars on US flights?”

Skjeldam: “Hehe 🙂 the Norwegian Smash Bars of course – they are just delicious!” 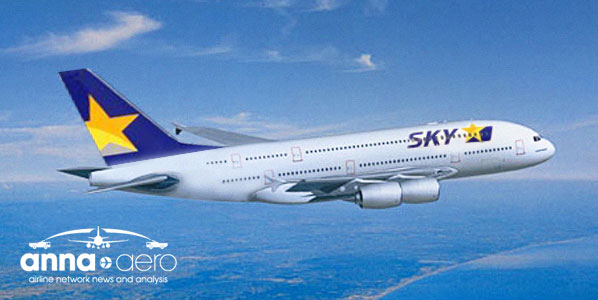 anna.aero didn’t yet get a similar comment from Skymark on the Japanese low-cost airline’s network development plans for its four (plus two options) order for A380s announced this week. Come back later when we may have a similar Q&A...