Route of the Week:
LOT Polish’s Warsaw to Hanoi The check-in area for LOT Polish Airlines at Warsaw offered a feast of Vietnam-themed cakes and refreshments. Excited passengers were handed goody bags. The airline has asked Warsaw Airport to prepare for lots more passengers – the flights are already almost fully booked until February!

Cake of the Week:
Allegiant Air’s Bozeman to Phoenix/Mesa Allegiant was welcomed to its fifth Montana destination as Bozeman celebrated its new link with the winter sun and golf capital Phoenix/Mesa. Cutting the ribbon is Kevin Kelleher, board member Gallatin Airport Authority. 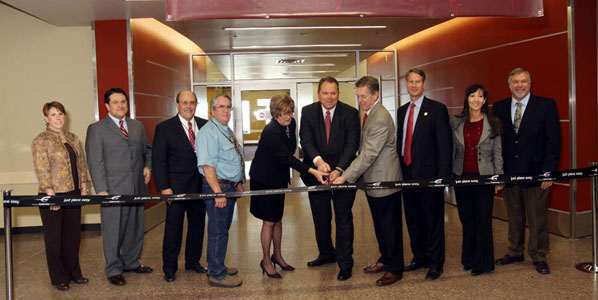 A Christmas tree cake was baked to celebrate the fact that Riga, where the tradition originated 500 years ago, is linked with Kittilä in Finnish Lapland, where Santa Claus allegedly lives. Helena Rudusa, member of the board of Riga International Airport, and Richard Roberts, airBaltic’s SVP Strategic Network & Fleet Planning, cut the gorgeous celebratory cake. 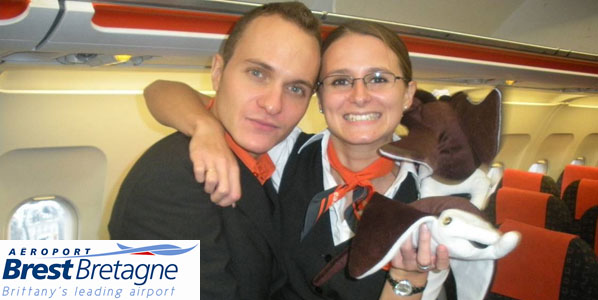 This is not from the Fez launch, but of last week’s launch of flights between Lyon and Brest. easyJet’s crew were welcomed to Brest by the airport’s mascot, the manta ray. The manta ray is even featured in the airport logo. 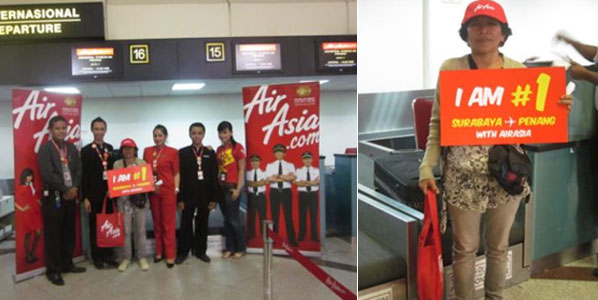 In spite of Idul Adha being celebrated in Indonesia at the moment, we managed to get these pictures through of the first passenger on Indonesia AirAsia’s route to Penang from Surabaya. A cake was baked as Tiger Airways arrived at its second Melbourne base. Avalon Airport’s Executive Chairman David Fox was pleased to welcome Tiger Airways Australia’s MD Crawford Rix who was equally keen to hug his tiger mascot. (Thanks to aviation enthusiast Peter Kelly and Tiger Airways for the photos) The same day as Tiger Airways’ Avalon base launched, the airline transported its 6-millionth passenger - Nikki Hernan from Adelaide who travelled with her son Ryder and won a free flight. She was congratulated by David Fox, Crawford Rix and Justin Giddings, Avalon Airport’s CEO, as well as State MP for Lara, John Erin, and State Minister for Industry and Trade, Jacinta Allan. Other events in the last week Melbourne has been given a lot of attention lately and Qantas only helped as it held its 90th birthday celebrations there. John Travolta and his 707 were guests of honour. Alan Joyce, the airline’s CEO and Tim Holding, Victoria State Minister for Tourism welcomed the celebrity with cabin crew displaying uniforms throughout the ages of Qantas. Local photographer and aviation enthusiast Peter Kelly even got a quick peek into Travolta’s jet (but no photography was allowed). “The weather was miserable but the Qantas organisation for the day was excellent,” Peter tells us. Australian Grand Prix Formula One Grid Girls, sponsored by Qantas, were also on site, showing off their uniforms in front of Travolta’s jet. (Big thanks to Peter Kelly for the pictures and info!)