Boeing closes in on Airbus in delivery race; 737-800 still most popular model; A380 for Lufthansa

Last month, Turkish Airlines took its first two 777-300ERs direct from Boeing, the first of which is seen here taking off from Paine Field. Its previous four of the type are former Jet Airways aircraft. Two further aircraft of the same type are scheduled to be delivered to the airline by the end of the year. Notably, the airline also received an A330-300 last month.

Although Airbus still is in the lead over Boeing for year to date deliveries, the American aircraft manufacturer continues to catch up. In October, Seattle-based Boeing delivered three more aircraft than pan-European Airbus. 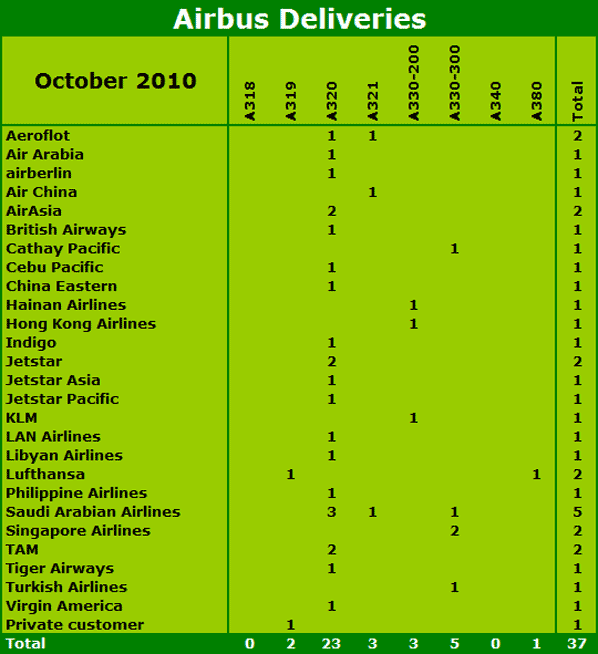 A330s continue to be much more popular than the more fuel-thirsty A340s in Airbus’s wide-body offering. None of the quad-engine model was delivered during October, but Lufthansa took its third A380, the only aircraft of the type to be delivered in October.

The most notable recipient of Airbus deliveries continues to be Saudi Arabian Airlines, which rapidly replaces its fleet. Five aircraft, both narrow-bodies and an A330, were taken by the airline during October. 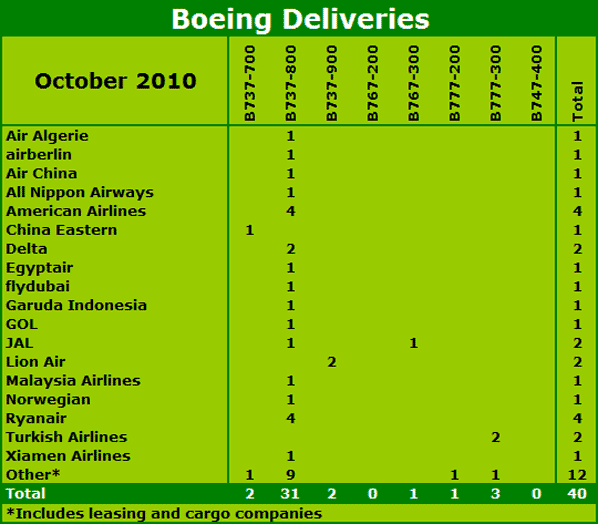 American Airlines and Ryanair share the position as the airlines with the highest number of Boeing aircraft delivered in October, each having taken four 737-800s.

The 738 continues to dominate with more than three quarters of all Boeing deliveries in October. An exception is the Indonesian low-cost carrier Lion Air, the launch customer for the 737-900ER, which continues to take delivery of the stretched variant.

Turkish Airlines took its first two 777-300ERs direct from Boeing, having taken its first four of the type from Jet Airways.