Qatar Airways will reach 100 destinations next April with Aleppo; several European destinations to start before then 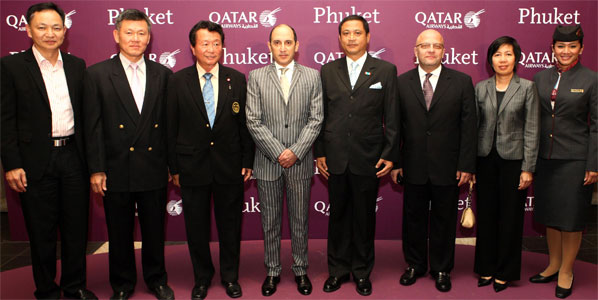 Qatar Airways is not afraid to operate one-stop flights. The airline launched a route to Phuket via Kuala Lumpur last month.

Earlier this month, Doha-based Qatar Airways announced that Aleppo in Syria would become the airline’s 100th destination when flights begin next April. The airline, under its current ownership structure, was founded in 1997. Since then, it has grown to have a fleet of over 90 aircraft with orders placed for well over 100 additional aircraft from Airbus and Boeing. In the second half of this year, the airline has added three new destinations (Phuket, Hanoi and Nice) all served via intermediate points (Kuala Lumpur, Bangkok and Milan Malpensa respectively). In the first quarter of 2011, four more destinations will be added; non-stop services to Bucharest, Brussels and Stuttgart, plus Budapest which will be served via Bucharest.

The airline has positioned itself as a major hub carrier in the Middle East offering connections across the globe via its hub in Doha. anna.aero has chosen to look at the airline’s movements across the day for Monday 22 November. There are two main arrival ‘waves’, the first between 06:00 and 07:00, which is dominated by regional arrivals and flights from Asia, while the second main arrival ‘wave’ is between 23:00 and midnight and contains many European flight arrivals. 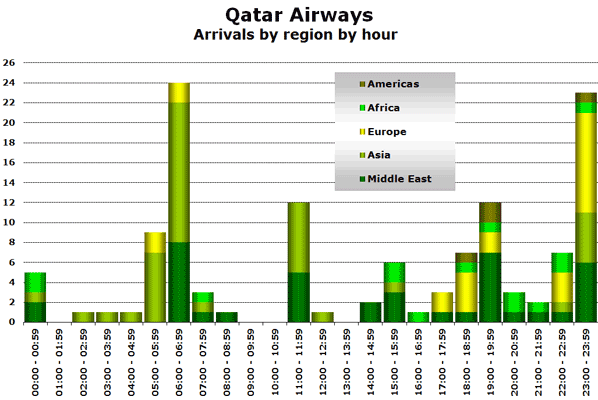 To maximise the potential for appealing passenger connections, the airline has tried to schedule as many departures as possible within one or two hours of aircraft flight arrivals. This gives rise to the major departure peaks between 07:00 and 09:00 and the slightly more spread peak between 00:00 and 03:00 local time. 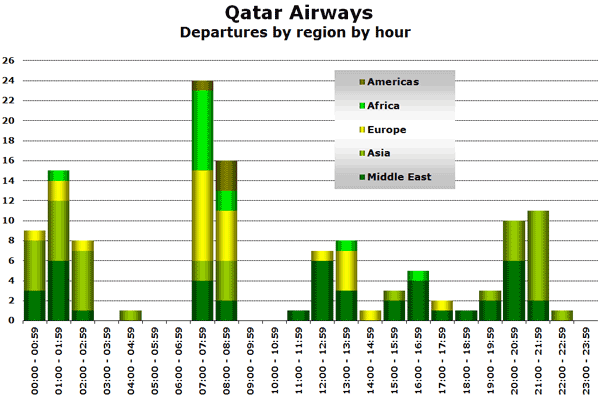 The peaks corresponding to the two smaller arrival ‘waves’ can also clearly be seen. It is interesting to note that as a result of this hub-based schedule, there are no arrivals or departures at the airport between 09:00 and 11:00. While the airline’s schedule will vary from day to day as a result of some destinations being served less than daily, this overall pattern is likely to be relatively consistent throughout the week.