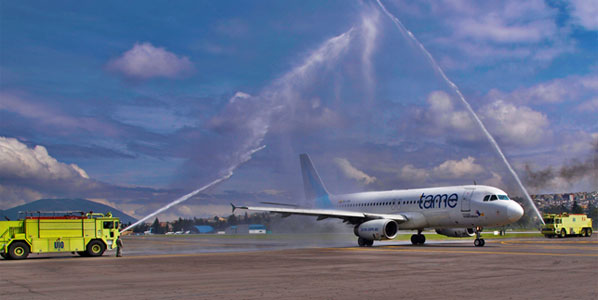 December 1 2010: TAME Ecuador launches Quito-Panama City services from the capital’s existing Mariscal Sucre International Airport. At 2,800 metres above sea level, this airport is severely operationally restricted, ruling out non-stop operation to even the most obvious demand-led markets such as New York.

Nestled away in the north-west corner of South America lies Ecuador, a country slightly larger than the United Kingdom and with a population of just over 14 million people. The country’s two leading cities Guayaquil (with around 2.3 million inhabitants) and Quito (the capital with around 1.6 million) are home to almost 30% of the entire population. The two cities also host the country’s two busiest airports. Quito handled over 4.6 million passengers in 2009 and Guayaquil a further 3.1 million. According to OAG schedule data, a further 10 airports handle commercial scheduled flights, although currently all of them welcome only domestic services. 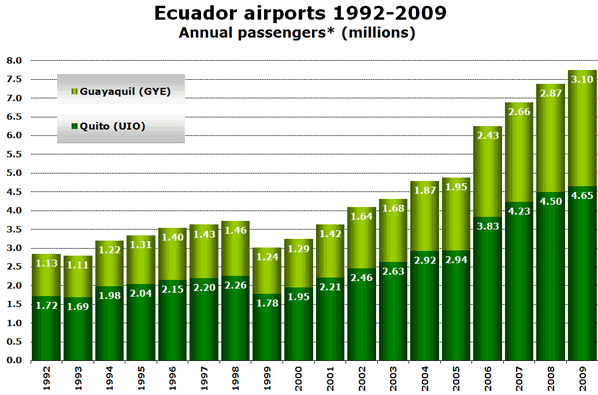 Quito’s airport known as Mariscal Sucre International Airport is in a built up area and cannot reasonably be expanded and suffers from severe operational restrictions preventing long-haul services. As a result, the government has decided to build an all-new airport about 10 kilometres from downtown, which is due to open in early 2012. Guayaquil airport has the country’s newest terminal, opened in 2006 and capable of handling up to five million passengers annually. 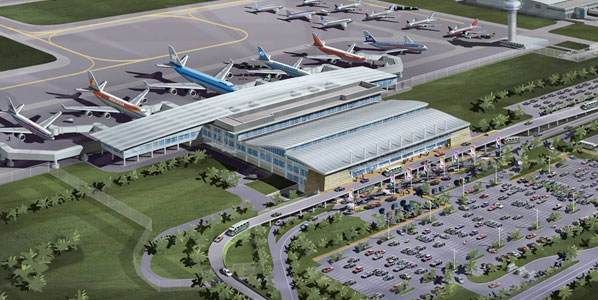 When Quito’s new airport opens in 2012 it will boast a 4,100 metre runway – the longest in Latin America – overcoming restrictions which inhibit demand for long-haul services from this location 2,400 metres above sea level. “The complete removal of all operational restrictions means airlines will be able to operate everywhere –– we have 21 flights to Miami at the moment – that just shows the sort of potential the new Quito airport has” Philippe Baril, President and Director General, Corporatión Quiport, tells anna.aero.

With two dominant airports in the country, it is not surprising that the biggest domestic route is between these two airports. Based on OAG schedule data for December, over 50% of domestic seat capacity is allocated to this one route, with three carriers (Aerogal, LAN Ecuador and TAME) each operating between nine and eleven daily flights on the route that measures under 300 kilometres in length.

The domestic market has three main carriers, none of which has yet established a dominant position in the market. TAME, the leading airline in the domestic market, was originally set up in the 1960s by the Ecuadorian Air Force. It now operates a fleet of nine modern aircraft comprising two E170s, three E190s, one A319 and three A320s. A total of seven domestic routes are served with at least daily flights. In 2009, the airline upgraded its corporate identity with an extremely stylised bird logo and lower case lettering.

The second biggest domestic operator is AeroGal, which since 2009 has been majority-owned by the Colombian carrier Avianca. It operates six domestic routes using primarily older generation 737s but has recently started acquiring A320s that it has leased from Avianca. The third major player in the domestic market is LAN Ecuador, which is 45% owned by LAN Airlines of Chile. It operates three A318s on four domestic routes, although the majority of its flights are on the Quito – Guayaquil trunk route. Icaro, another local carrier, operates two 737s on domestic routes, while VIP operates three Dornier 328s. Since VIP is owned by the same group that owns Avianca, the carrier is in effect a subsidiary of AeroGal. Finally, Saereo operates a handful of domestic routes using two Embraer Brasilias. 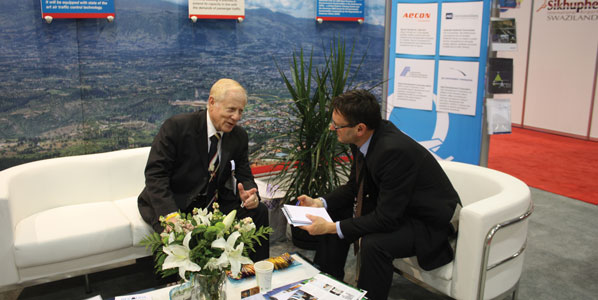 Colombia and US are leading country markets

According to OAG schedule data, there are currently non-stop flights to 10 countries from Ecuador’s two international airports. Neighbouring Colombia is the leading international market followed by the USA as measured by weekly departures. 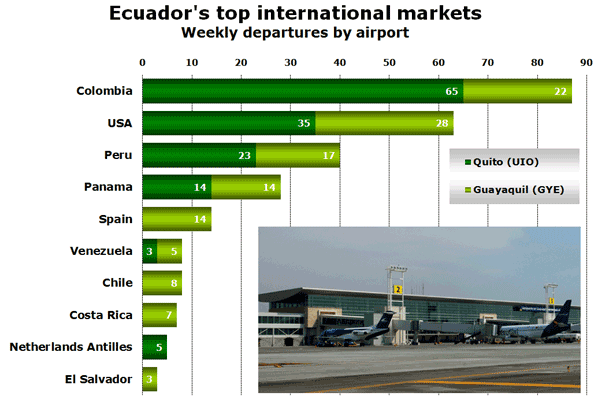 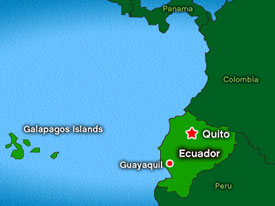 Quito’s existing airport is over 2,800 metres above sea level and its runway length limits longer-haul international operations. Although there are direct flights from Quito to Atlanta (Delta), Houston (Continental) and Miami (American and LAN Ecuador) all of these routes are under 4,000 kilometres. New York, which is just over 4,500 kilometres away can only be reached non-stop from Guayaquil (by AeroGal and LAN Ecuador). Guayaquil also has non-stop flights to Miami thanks to American and LAN Ecuador.

Similarly, non-stop flights to Spain are only possible from Guayaquil and are operated to Madrid by both Iberia and LAN, although Iberia’s flights return via Quito. Iberia is not the only European carrier to serve Ecuador. KLM also serves the country from Amsterdam with five weekly flights via Bonaire in the Netherlands Antilles.

This week saw the launch of flights by TAME from both Quito and Guayaquil to Panama City in Panama. Each of these routes is already served twice daily by Copa. Panama City becomes TAME’s second international destination after Cali in Colombia. Among the countries not currently served from Ecuador with non-stop scheduled flights are some of the regions biggest; Argentina, Brazil and Mexico.