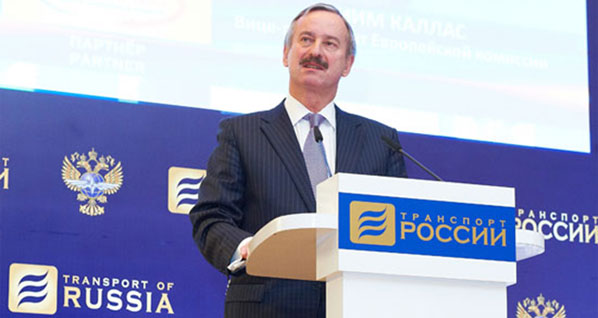 Siim Kallas, the EU’s Transport Commissioner, at last month’s Transport of Russia conference organised by the Russian ministry of transport where he was critical of the Russo-EU aviation climate as “a waste of opportunities.” Mr Kallas, an Estonian and therefore a former Soviet citizen, can’t be regarded as a mere outsider, but his comments contrast with growth this year across the sector which is tantamount to a boom. anna.aero is very grateful to Business Dialog’s Yulia Kalintseva for this photo.

Last month Siim Kallas, the EU’s Vice-President of the Commission responsible for Transport, made a speech in Moscow criticising the country’s airline, airports, air traffic control and regulatory bodies and describing the EU’s relationship with Russia with regard to aviation as “a waste of opportunities”. However, despite this the last month has seen S7 become a member of the oneworld alliance, Aeroflot report a 65% increase in net profits for the first nine months of the year, Transaero report a 32% increase in passenger numbers for the first 10 months of the year, and passenger numbers at the country’s six biggest airports have grown cumulatively by 27% in the first eight months of 2010. 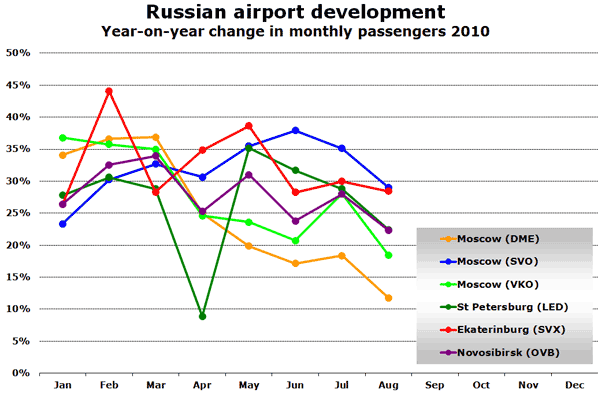 It should be recalled that passenger numbers at Russian airports fell dramatically in the first half of 2009. Comparing 2010 data with 2008 data (January to August) reveals that Russian airport traffic is up a more modest 12%.

Last week’s decision by FIFA to award the hosting of the 2018 World Cup to Russia will provide an interesting challenge for the country’s airlines and airports, especially given the vast size of the country. It will be interesting to see the government’s response to both the EU’s comments and FIFA’s decision with regard to investment in the country’s aviation infrastructure.