Baku’s new 53,000 metre/3 million passenger Heydar Aliyev International Airport. The design is by UK consulting engineer, Arup (best known for its Sydney Opera House work). According to Arup the Baku design has been “greatly influenced by the vision and design ideas of the client, Mr Jahangir Askerov, president of Azerbaijan Airways (AZAL).”

Located on the Caspian Sea with Armenia, Georgia, Iran and Russia as neighbours, Azerbaijan is about the size of Austria with a population of nine million people. Its capital Baku is home to around two million people and is served by Heydar Aliyev International Airport (GYD). The country is served by two other significant airports at Gyandzha and Nakhichevan, which is located in an exclave. The country’s main airport is currently undergoing redevelopment with a new terminal planned for completion in 2013. It will be capable of handling around 3 million passengers, around 50% more than the current facility. 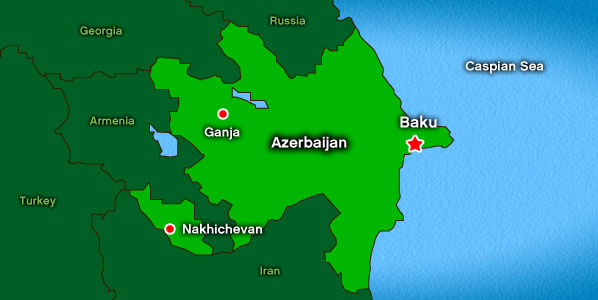 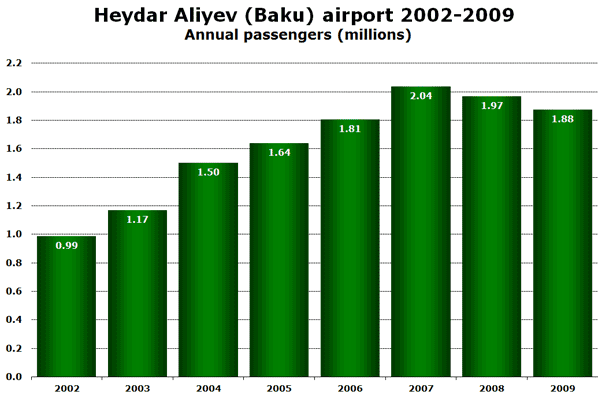 So far in 2010, traffic levels have been very similar to last year, with passenger demand up just 1.4% in the first nine months of the year. In fact, Baku airport’s seasonality profile has been remarkably consistent for the last three years, with demand peaking in August and lowest in February. 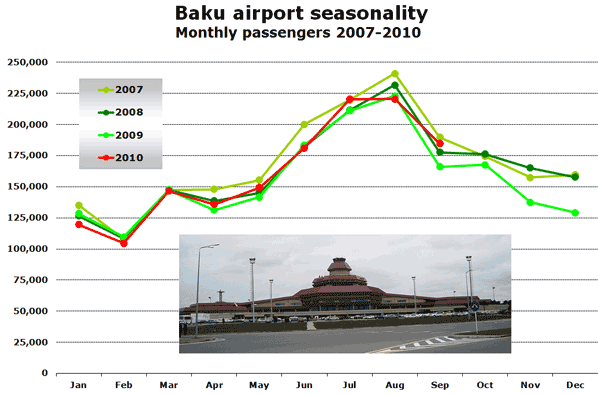 According to OAG data for August, the two leading country markets are Russia and Turkey. Russian flights account for around 30% of scheduled seat capacity with Turkey taking a further 25%. A total of 20 countries were served non-stop this summer with scheduled flights. Apart from the relatively obvious CIS and Eastern European markets, there are also direct flights to/from Austria, China, France, Germany (with Lufthansa to Frankfurt), Italy, UAE (with Azerbaijan Airlines and flydubai), and the UK (with both Azerbaijan Airlines and bmi).

Azerbaijan Airlines has 40% of Baku market 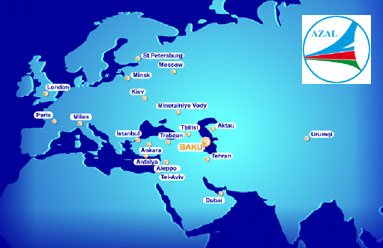 The country’s flag carrier Azerbaijan Airlines has around a 40% share of Baku airport’s capacity, operating scheduled flights to 12 countries. Destinations in Western Europe are currently limited to London Heathrow, Milan Malpensa and Paris CDG. Moscow and Istanbul are the only destinations that are served with at least two daily flights. The airline’s fleet consists of a mixture of Airbus narrowbodies (A319, A320), 757s and ATR 42s and ATR 72s. The already-built entrance to the airport, designed by Arup in collaboration with the Waagner-Biro.

Last November, flydubai became the first low-cost carrier to serve Azerbaijan when it began daily flights from Dubai. Since then, the frequency has been trimmed back to just three weekly services, but the carrier remains the only LCC serving Baku with not even Air Arabia so far tempted to serve the market from its Sharjah base.