The history of low-cost carriers started by major carriers contains many more failures than successes. However, Qantas’ subsidiary Jetstar (which began flights in May 2004) is apparently going from strength to strength, now operating almost 60 Airbus aircraft including several widebody A330s. Initially predominantly a domestic airline, in the last two years international passengers have grown by 150% while domestic demand has grown just 10%. As a result, in the latest financial year (ending June 2010), over 30% of Jetstar’s passengers were travelling on international services. Measured by ASKs (available seat-kilometres), Jetstar’s international network now accounts for 53% of the airline’s seat capacity according to figures released for October 2010. The same month’s data also shows that while Jetstar carries around 30% of all Qantas passengers, it only accounts for around 20% of the airline’s total ASKs. 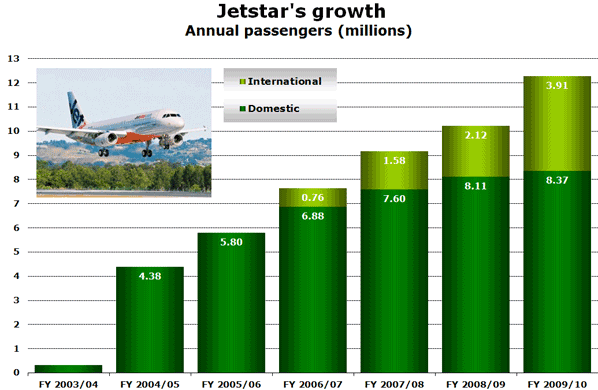 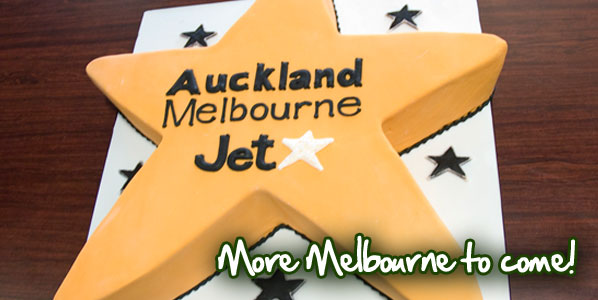 Next week, anna.aero has been promised great pictures as Jetstar's Melbourne base will be connected with Jetstar Asia's home in Singapore.

Jetstar was established to rival Virgin Blue’s lower cost presence in the Australian domestic market. The airline’s two biggest routes in terms of weekly frequency are from Australia’s two largest cities to the airport serving the Gold Coast, a route dominated by price-sensitive leisure traffic. 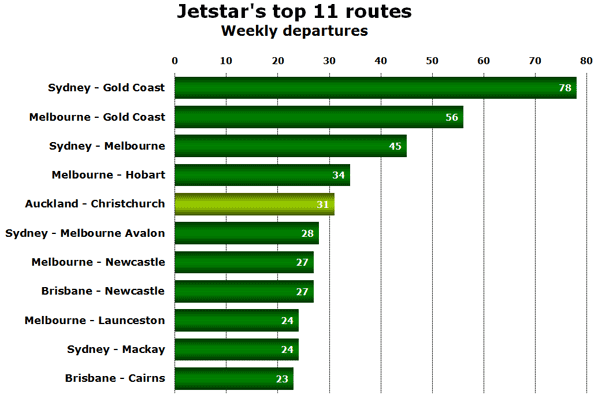 In the next few months, a total of 11 new routes are planned to start, with seven of them starting before the end of the year. These are summarised in the following table.

On three of these routes Jetstar will compete with its parent company Qantas.