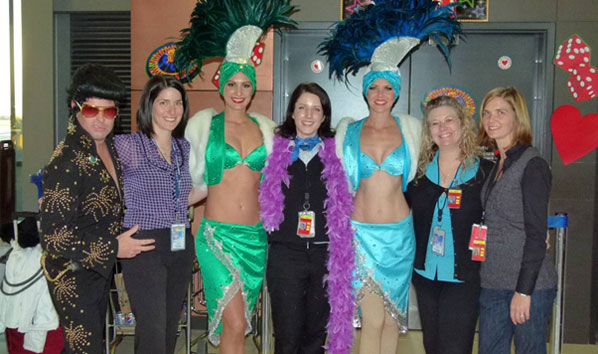 Canada’s major airports have mostly rediscovered growth during 2010. In the first three quarters of 2010, the country’s top 10 airports combined reported passenger growth of 3.7% to just over 72 million passengers. Among the top 10 airports only Kelowna (-0.7%) and Winnipeg (-0.4%) failed (just) to improve their passenger throughput compared with the first nine months of 2009. Leading the way with growth of 6.6% was Ottawa, followed by Montreal with 5.8% and Toronto (+4.6%). 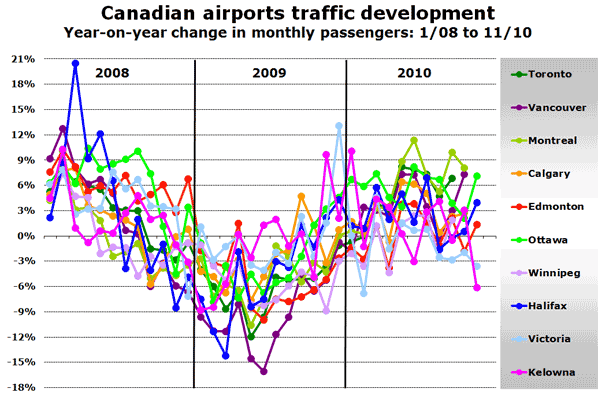 In the first nine months of 2010 Ottawa has been the fastest growing of the top 10 airports on four occasions, Montreal three times, and Kelowna and Toronto once each.

Although passenger numbers grew relatively modestly in the first three-quarters of 2010, the country’s two major carriers both reported much higher growth in demand (as measured by RPMs – Revenue Passenger Miles) during the first 11 months of 2010. 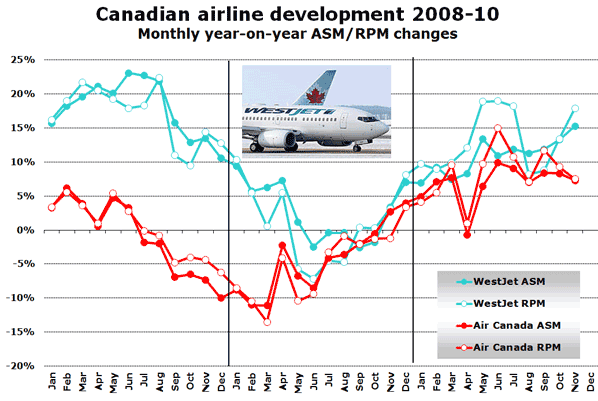