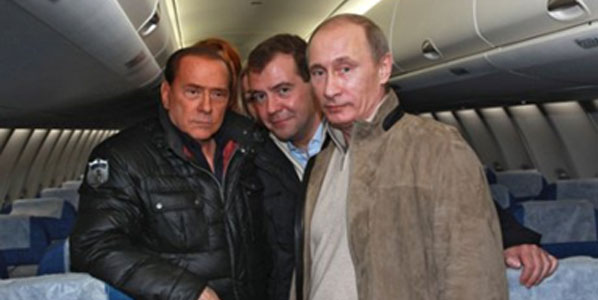 December 3: Now there’s a fascinating group of lads to meet on a plane. Berlusconi, Medvedev and Putin inspecting Russia’s new Sukhoi Superjet-100 at Sochi – Italy’s Finmeccanica has a 25% stake in the project from which Giuseppe Spadaccini’s ItAli has 10 orders + 10 options arriving from 2011. 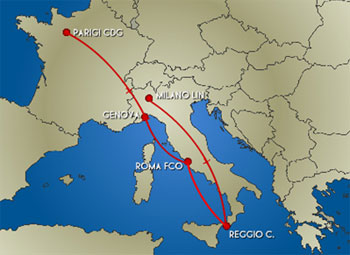 Last week saw the launch of new scheduled services by ItAli Airlines using MD-82s, of which it has five in total. The airline has existed in one shape or form since 2004 and is owned by Pescaran businessman Giuseppe Spadaccini.

Based on the airline’s published winter timetable, one MD-82 is based in Genoa and operates a morning and evening rotation to Rome Fiumicino. During the middle of the day, it operates a daily flight to Paris CDG.

Another MD-82 is based at Reggio Calabria and also operates a morning and evening rotation to Rome Fiumicino. During the middle of the day, it operates a daily flight to Milan Linate. On both Rome routes, the airline faces head-to-head competition with Alitalia, while the Genoa – Paris route is already served three-times daily by Air France who use 50-seat aircraft on the route.

Back in June 2007, ItAli became the first Western European airline to place an order for the Sukhoi Superjet 100. A total of 10 aircraft were ordered (with a further 10 options). The first of these aircraft looks likely to be delivered during 2011.