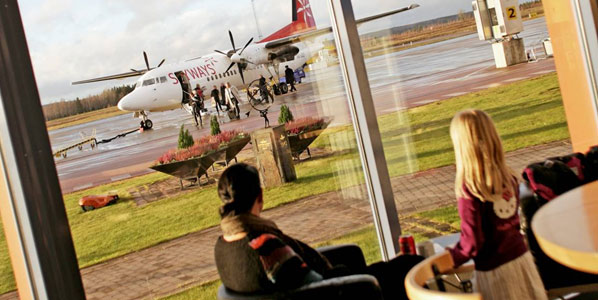 Karlstad in Central Sweden currently only has services on Skyways to Stockholm and Copenhagen. The Ryanair route to Girona will be a welcome addition to the regional airport recently sold by LFV (now Swedavia) to the local municipality.

Just before Christmas, Ryanair announced that it was renewing an agreement with Girona airport (north of Barcelona) for a further five years and revealed plans for eight new routes starting this summer. Four of these were to Central and Eastern European destinations; Rzeszow and Szczecin in Poland, Tallinn in Estonia, and Plovdiv in Bulgaria. Three of the remaining four new routes were all to regional airports in Sweden that Ryanair does not currently fly to. 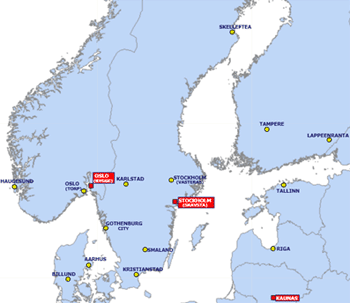 Two of the three airports are dominated by domestic traffic to Stockholm, while Karlstad is also linked to Copenhagen. Ryanair actually served Kristianstad before. The airline operated from London Stansted, starting in May 1998, but ended in March 2001 when nearby Malmö gradually had taken over. Skellefteå becomes Ryanair’s northernmost airport in its European network with the flight time to Girona scheduled for three hours and 40 minutes.

Notably, all three airports are among the regional Swedish airports recently sold by the Swedish state airport operator Swedavia (then LFV) and are now owned by the local municipalities and regions.

Significant base at Stockholm Skavsta

Ryanair’s main presence in Sweden is its base at Stockholm’s Skavsta airport from which it served 35 destinations last summer. Other Swedish airports served include Gothenburg Save airport (10 routes in summer 2010), Västerås (three routes) and Växjo/Småland (two routes).